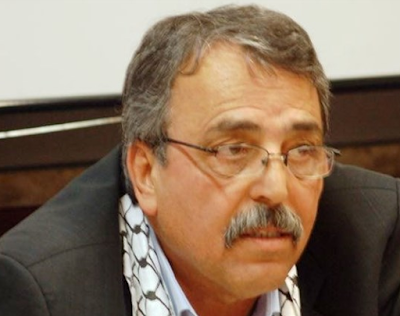 Hikmet Ajuri, who has acted as the PLO “ambassador” to Portugal and Ireland, wrote an essay for Ma’an that admits that the Holocaust was a crime against humanity – and then says that the “Nakba” was worse.

“What happened to the Palestinian people in 1948 by the Zionist gangs, which embodied ethnic cleansing, displacement and demolition of houses and killing by survivors of this Holocaust, makes the Nakba of Palestinians at least as terrible than the Holocaust because it did not stop in 1948 but remained in force.  In addition they [Jews] exercise the same tools against the same people and for the same reasons without apology and without compensation as was the case for the Holocaust.”

So you see, Palestinians who decided to flee their homes in order for the Arab armies to throw the Jews into the sea are victims of a much worse crime than the Holocaust because they were not compensated for their decision.

I wrote that Mahmoud Abbas, when he “apologized” for his outrageous antisemitic statements by saying that he sympathized with the victims of the Holocaust, really meant “The Holocaust was heinous because it prompted Jews to come to Palestine and the UN to allow Israel to become a state. The Palestinian Arab exodus from Palestine is the real catastrophe (Nakba.) Therefore, the Palestinians are the major victims of the Holocaust and I express sympathy for them.”

It was not an exaggeration. This is how Palestinians look at the world, as if they are the ultimate victims and not the agents of their own misery. The very fact of the Holocaust bothers them because their entire existence is based on the lie of their being the world’s most important victims, forever. Any tragedy worldwide is viewed as competition for victimhood.