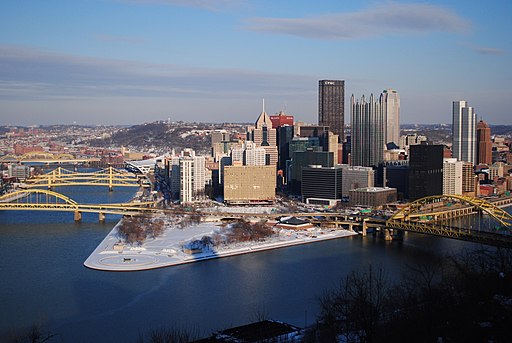 The first inkling I had that fear would inform at least part of my visit to the States came while waiting to board the first leg of my journey, Tel Aviv to Paris. I was on my way to visit my mother in Pittsburgh, who was about to celebrate her 91st birthday. An Arab sat down beside me and began to read a book entitled L’Or d’Al-Qaida.
As it turns out, the book is a thriller. But I didn’t know that, and the spotty wifi at the airport didn’t allow me the luxury of Google. I knew it was probably nothing to worry about, but I couldn’t take the chance of doing nothing. I decided I’d better tell a representative of the airline, Air France, of my concerns.
The representative waved off my concerns, telling me not to worry, without even bothering to get the details or look at the man reading the book. I was just some Jew worry wart, my report not worth serious attention.
And since I’d now given up my seat to tell someone, anyone about the possible security issue, I was now forced to stand until boarding, no empty seats now in sight.
But once that small concern came to me over a dumb thriller, I was unable to shake the feeling, my entire trip, that it might be dangerous for people to know where I live. I wavered between fear of discovery, and wanting to tell people the truth about Israel, wanting to inform, to fill in where there were gaps of knowledge because the real story is not being covered by the mainstream media.
Or because people are being fed lies.
At times, it wasn’t so much fear of discovery, as it was unpleasant to discover how people feel about Israel and Israelis. There was, for instance, the Air France representative in Paris, who asked to see my passport. I showed her my Israeli passport and she blanched. “This is a problem,” she said, and began asking me about visas and things.
I pulled out my American passport and asked, “Does this help?”
“Much better,” she said.
I was left wondering about the real meaning behind her consternation. Was it visas that concerned her, or the fact that I come from Israel? Did she see me as an oppressor, someone who colonizes Arab land, a Zionazi, a sh*tty little Jew??
Or was I imagining all that?
Understand, please, that I live in a small town over the green line with an all-Jewish population. It is rare for me to see people from other cultures within Efrat, though I see plenty of Arabs at the supermarket and in Jerusalem. For me to be in Charles De Gaulle Airport, however, was to mix with European gentiles, and of course, Muslims of all stripes.

In this space, I was a minority. One that is reviled. 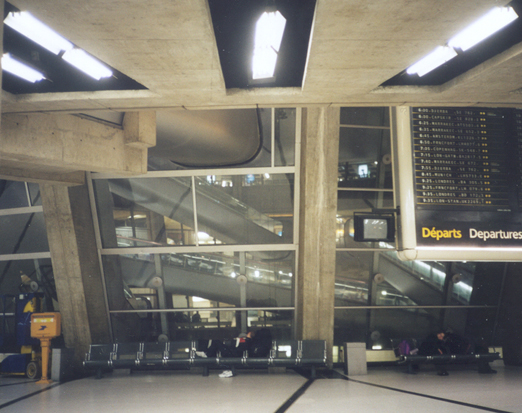 European and Muslim hate of Israel and antisemitism are not foreign to me as concepts, because of my reading and writing. So I believe my paranoia was well founded. Still, I was glad to get to the United States, where, I think, most people have a warm spot for Israel.
And still, I couldn’t quite shake off that fear.
When asked to register for the store’s card at Macy’s or JC Penney’s, I would say, “No thanks. I’m just visiting.”
They’d say, “It’s good everywhere,” and I’d have to reply, “I live abroad.”
Even in America, I found, I was afraid to say the “I” word–to say I live in Israel.
Because Pittsburgh, my hometown, is a friendly place, it got easier. Asked where I lived, I no longer had any choice but to speak the truth, “Israel,” I’d say, and wait, a bit worried, for the reaction.
I shouldn’t have worried. Almost every time I told salespeople and others where I lived, they’d be fascinated and want to know what it’s like, why I live there.
A longer conversation happened with Linda. My mother can no longer drive, or walk unassisted. She has Linda to take her around.
Once upon a time, Linda was a single, black mom, trying to get through college. My mom was typing papers to bring in some extra cash, having been widowed young, and possessing excellent typing skills. Linda saw my mom’s typing ad on Chatham’s bulletin board and my mom began typing all her papers.
Some instinct told my mother that Linda needed a bit of mentoring. Her English writing skills were poor. My mother, at a certain point, not only typed, but edited Linda’s papers. Linda struggled to pay her bills and couldn’t always afford to pay my mom. My mom helped her anyway.
Linda told me, “I wouldn’t have gotten through college without your mother.”
I told my mom what she said and my mom said, “That’s true.”
I’d heard about Linda for years, but somehow we’d never met. Now was my opportunity, since Linda was the means by which my mom and I could go places together. While we were driving places, Linda and I were getting to know one another. She had a lot of questions about Israel.
Here are five things that Linda did not know about Israel: