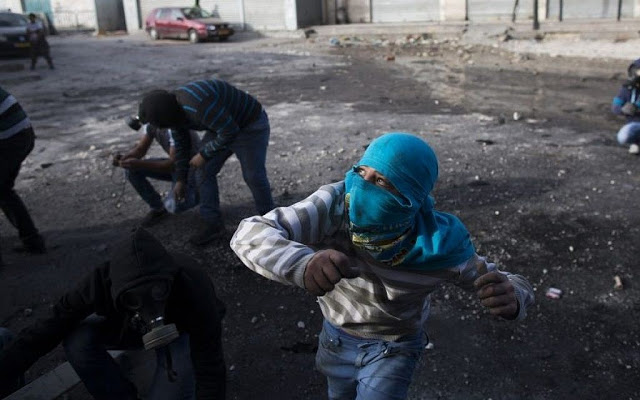 
Jerusalem Mayor Nir Barkat threatened to expel UNRWA from Jerusalem, in the first public statement by an Israeli official that called on the government to use its power to shut down the agency that services Palestinian refugees.

“UNRWA is a foreign and unnecessary organization that has failed miserably,” Barkat said in a speech he delivered Monday morning in Jerusalem at a conference sponsored by Channel 2. “I intend to expel it from Jerusalem.”

Barkat explained that he had already instructed his municipal staff to come up with a plan to replace the United Nations Relief and Works Agency, which he plans to present to Prime Minister Benjamin Netanyahu.

He spoke just three days after the US State Department announced that it intends to permanently halt its annual contributions to UNRWA, which last year amounted to $360 million out of the organization’s one billion dollar budget.

The mayor said the 30,000 Palestinians in Shuafat are dissatisfied with the organization’s services, including welfare, cleaning and education.

Only one percent of the pupils there go to UNRWA schools, where incitement is high, he said.

“We will close their schools and provide pupils with hope,” said Barkat, adding the pupils could study for and take the matriculation exams in existing schools throughout the city.

“Wherever the municipality operates, the Arab public is more satisfied and less violent. UNRWA’s treatment of residents as refugees is a barrier to their advancement and has no place,” Barkat said. “The time has come transform them from refugees to residents and to rehabilitate them. It is possible. The removal of UNRWA will reduce incitement and terrorism, improve service to the residents, increase Israelization in east Jerusalem and contribute to [Israeli] unity and sovereignty in Jerusalem.”

UNRWA said in response that it “has received no notification about this alleged plan and UNRWA’s schools and other core services in the city remain operational.”

When I interviewed Mayor Barkat five years ago I asked him this question specifically, why the Shuafat UNRWA camp is allowed to exist in Jerusalem when his goal was to unify the city. Unfortunately, he did not answer the question on the record, but as I recall the answer was simply that international politics made such a move impossible even though he would like to have done it.

It seems clear that the US antipathy towards UNRWA has changed the political situation enough to allow him to now consider doing what should have been done long ago.

Today, approximately 12,500 Palestine refugees are registered as living in Shu’fat camp. However, UNRWA estimates that the actual number of residents in the camp is around 24,000.

Shu’fat camp was illegally annexed by Israel after the 1967 hostilities when Israel unilaterally established new municipal boundaries for Jerusalem. Camp residents still hold Jerusalem IDs and, unlike West Bank ID holders, are allowed to reside in Jerusalem. Because the Israeli Ministry of the Interior has a policy of revoking Jerusalem IDs from Palestinians who do not have their ‘centre of life’ in Jerusalem, the camp has become a popular place of residence for Palestinians (non-refugees) with Jerusalem IDs who might not otherwise afford the high living costs of Jerusalem.

This has contributed to the extreme overcrowding in the camp. In 2003, Israel began the construction of the West Bank Barrier in East Jerusalem, routing it so that Shu’fat camp and surrounding areas ended up on the ‘West Bank side’ of the Barrier. This cut off Shu’fat residents from East Jerusalem. Today, residents have to pass through a crowded checkpoint to access Jerusalem.

The camp has been a major problem for years. Israel cannot pick up the trash because the collectors get attacked, and UNRWA doesn’t bother:

Nur ad-Din, 43 and a father of six, was arrested during the First Intifada and served 12 years in an Israeli prison. He has no need to express his frustration and anger in words; one glance at the trash heap near the gate of his home says it all.

“There was a metal bin, but it was too small. Many years have gone by, the population here has grown, and the bin is still the same bin. Garbage collects here by the ton,” he says in the pure Hebrew of a native Jerusalemite. “UNRWA does not pick it up because they say they can’t, that they do not have enough workers and resources to deal with our needs. UNRWA’s manager in the camp, who sits in his office all day, cut off from the people who live here, says that as far as the scope of its work is concerned, nothing has changed since 1967.

“The Palestinian groups do not contribute anything either. Fatah does not exist in the camp; that is a fiction. There is a ‘popular committee’ of the PLO that is supposed to handle the day-to-day issues of the camp, but they do not do their jobs. I went to the institutions that transfer money to the popular committee and asked them to stop their funding because they do not do a thing.”

It appears that UNRWA’s only contribution is a few schools, schools where the children are taught hate. It provides no other services for the camp. If Jerusalem is to be united, then UNRWA needs to be expelled, the camp needs to be dismantled and proper homes built.

But anything Israel does to improve the lives of the people in Shuafat will be denounced anyway.