Here is a graph showing the number of hate crimes against religions in 2017, just released by the FBI: 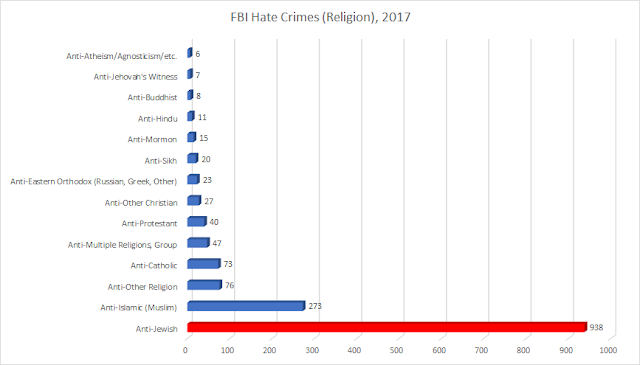 Fully 60% of all anti-religion hate crimes in America were against Jews in 2017.

Hate crimes increased significantly across the board (race/ethnicity, religion, sexual orientation, disability, gender) but the increase of antisemitic hate crimes outpaced the other increases. In 2016, 11% of all hate crimes of any type were against Jews, in 2017 that increased to 13%.