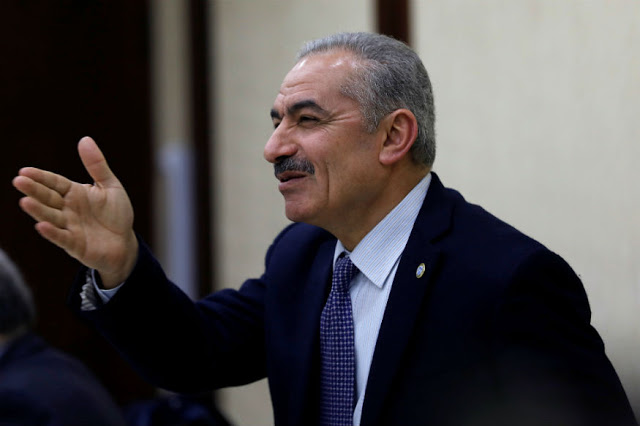 The new prime minister of the Palestinian Authority, Muhammed Shtayyeh, a key member of Fatah’s Central Committee, has emphasized that Fatah does not recognize Israel:

The new cabinet and government is made up of only Fatah members, as opposed to the previous one which was nominally independent.

In other words, every single Palestinian executive, legislative and judicial branch is now headed by Fatah, and Mahmoud Abbas is the head of Fatah besides being president of the Palestinian Authority and the PLO.

Fatah does not recognize Israel, even though the PLO pretends to.

There has been very little discussion in Western media about Abbas’ illegal moves to consolidate power, even as there have been hundreds of articles about Israeli internal politics. Similarly, the positions of these new leaders of Palestinian bodies – support for terrorism, being against a two state solution – have been ignored as well.

The lack of interest in how the Palestinian side is acting, combined with the intense interest in finding fault with the most minor of actions or words by Israeli officials, is simply another manifestation of how the media and world governments are biased against Israel – and don’t really care about Palestinians.