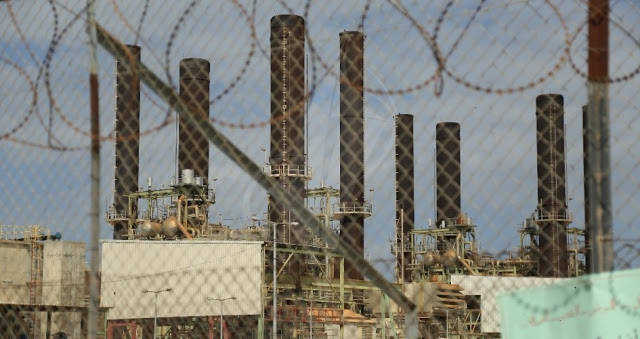 Fatah is very upset at fuel being sent to Gaza.

Yesterday and today, Qatar sent tanker trucks of fuel to Gaza through Egypt to get the power plant going again and ease the electricity crisis there. Israel and the UN cooperated in order to get this to happen, bypassing the Palestinian Authority which is against any ease in the humanitarian crisis in Gaza that it is largely responsible for.

Fatah issued a statement today saying that this deal was a step towards Gaza becoming a separate political entity run by Hamas, and saying that this was all part of the Trump/Kushner “Deal of the Century”.

Apparently, Fatah now believes that Hamas, Israel, Egypt, the UN and Qatar are all colluding to push the still-unannounced deal. (Maybe also Morocco, which is sending 2 tons of medical supplies to Gaza today while the PA restricts medicines.)

The truth, of course, is that while Israel restricts goods to Gaza that can be used to create weapons, there are no other restrictions from Israel and no desire to punish Gazans for the actions of Hamas, despite the lies that the Palestinians (and Western haters of Israel) try to push.

The PA, on the other hand, has been explicitly engaging in collective punishment of Gaza for 18 months, deliberately trying to hurt the people of Gaza in order to get them to pressure Hamas to unify with Fatah.

The amount of articles and public statements from the UN blaming the PA for the Gaza crisis is tiny compared the number of articles falsely accusing Israel of doing what the PA is doing.

The cracks are starting to become more visible. When it is obvious that Israel is working harder to bring fuel to Gaza than the Palestinian leadership, conspiracy theories can no longer work. Arab media is quite well aware of what the PA is doing, but that awareness is only starting to be seen in Western media.

This is not the first attack by Fatah against the UN, by the way. Earlier this week a top Fatah official accused Nikolay Mladenov, the United Nations special coordinator for the Middle East peace process, of working on behalf of the Trump administration.

When they think that the UN is the enemy then you know that the Palestinian Authority is grasping at straws to remain relevant.