The regime of the Iranian Ayatollahs executed the businessman Habib Elghanian in May 1979. Less well known is that a second Jew was executed in June 40 years ago. For the first time, the wife of Albert Danialpour, Hilda Hay and her children speak out publically about  their tragic loss. Karmel Melamed interviewed them for the Forward:

After 40 years, Hay and her three children have come forward, for the first time, to share their painful memories publicly. They want to set the record straight about the brutality of the current Iranian regime that executed their husband and father for no reason, Hay said. 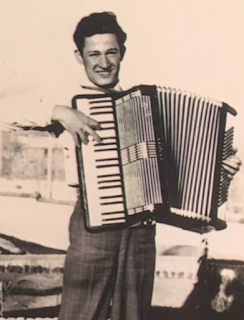 Albert Danialpour as a young man

The Danialpour family had almost perfect lives in Tehran before the 1979 Islamic revolution. The family’s patriarch, Albert, 51, was highly educated and had become wealthy through his many successful industrial and agricultural businesses. He was also deeply involved in volunteering and raising charitable funds.

“My husband was an incredibly kind-hearted and generous man,” said Hay. “He did fundraising for hospitals and non-profit groups in Iran and for other charitable causes in Israel regularly. He helped both Jews and non-Jews.” Hay said her husband sometimes paid for the education of his factory workers’ children.

But the Danialpour family’s ideal life slowly fell apart in February 1979. Agents of the new Ayatollah Khomeini regime abruptly arrested Danialpour and imprisoned him on charges of being an enemy of the state. After five months in prison, Danialpour signed over his businesses and properties to the regime as a form of bail and was released, said Hay. “My husband was a professional attorney. He believed the new regime would eventually follow some sort of law and order,” said Hay. “He did not want to leave Iran and he always said ‘I have done nothing wrong in this country to be arrested again’”

His decision to ignore the threat from the regime proved to be fatal. In January 1980, Danialpour was again arrested by the regime’s agents when he visited one of his Tehran factories. Hay said the state charged Danialpour with being a Zionist spy “who sucked the nation’s blood,” and many other fabricated crimes. He was first held at the notorious Evin prison and then later transferred to a smaller prison in the city of Hamedan. Hay said her husband was tortured physically and psychologically in both prisons.