The death is announced of the great Iraq-born musicologist and author, Heskel Kojaman. A member of the anti-Zionist League and then the Communist party of Iraq, Kojaman was arrested in 1949, released in 1958 but re-arrested; he spent another 18 months in prison. He spent his latter years in London and is survived by his wife Habiba.

David Kheder Basson, chairman of the board of Iraqi Academics in Israel,  writes:
“Heskel Kojaman has passed away two months before his 98th Birthday. He was a man of great intellect and wrote regularly in “Alhewar”. In fact, he was such a prolific writer that, last year I checked, he had written some 560 articles. He studied avidly communist ideology and was strongly principled in his interpretations and approach. He spent many years in prison in the infamous Niqrat Salman and other Iraqi prisons. He was a strong lover of music and studied Iraqi Maqam and wrote a book that is considered the most important source of Iraqi traditional music. He was thought of as an expert musicologist and was visited by many Iraqi musicians and singers as he kept an open house for all the writers and musicians.” 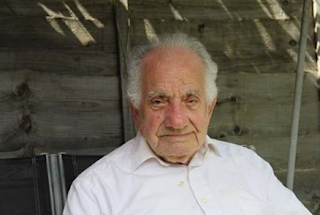