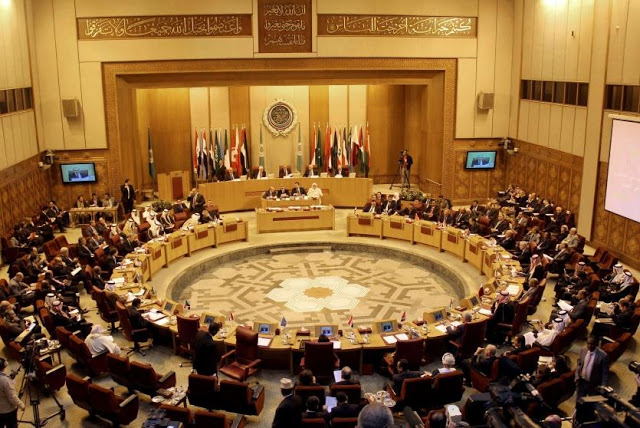 The Arab League held a meeting of Arab foreign ministers this week.

Despite the many problems in the Arab world, their final statements appears to be nothing but a litany of anti-Israel resolutions:

* Work vigorously to mobilize broad support for the renewal of the mandate of UNRWA.

* Support the PLO holding Israel accountable for its crimes against the Palestinian people, to provide the necessary technical and financial support for these Palestinian endeavors

* “Respect the legitimacy of the PLO, the legitimate and sole representative of the Palestinian people, headed by President Mahmoud Abbas,” and to have the PA take over Gaza from Hamas

* “The Ministers expressed their deep concern over the malicious Israeli plans on the African continent,” meaning any diplomatic activity whatsoever in Africa

* “Confront any Israeli attempt to circumvent the status of Palestine in Africa, which was built on the common values ​​against colonialism, oppression and segregation.

* “The Council warned against the establishment of Israeli-African conferences, and urged African countries not to participate in any of them.”

*Condemn “all violations by Israel (the occupying Power) of Islamic and Christian holy sites, especially attempts to change the historical and legal situation in Al-Aqsa Mosque, to divide it temporarily and spatially, and to undermine the freedom of Muslim prayer and deportation from it, and to try to control it.”

* Condemn “Israeli excavations under Al-Aqsa Mosque and its walls.”

* “Strongly condemn repeated incursions by extremist settler gangs and Israeli officials to the Al-Aqsa Mosque, attacking its sanctity, under the support, protection and participation of the Israeli government and forces, and warning the so-called ‘Israeli Supreme Court’ to allow Jewish settlers and intruders to pray in the Al-Aqsa Mosque, after allowing them to storm and desecrate it, within the Israeli plans to divide the mosque temporarily and spatially, including what is going on around the “Gate of Mercy” Jewish incursions and ‘Talmudic’ prayers, and warn that these attacks It has serious implications for international peace and security.

* Condemn “the systematic Israeli policy of distorting the educational curricula in the city of Jerusalem, and the imposition of the fabricated Israeli curriculum instead of the Palestinian curriculum in Arab schools, including the application of financial and administrative sanctions on Palestinian schools that do not comply with this malicious policy aimed at distorting the Islamic culture and identity of the Arab city of Jerusalem.”

* “Rejection and condemnation of attempts to terminate or reduce the role and mandate of UNRWA through systematic Israeli campaigns against it, including seeking to close all centers and schools in the occupied city of Jerusalem and the replacement of Israeli occupying institutions”

* “Express concern about UNRWA’s annual budget deficit. Emphasizing the necessity of calling on the UN General Assembly Member States to launch a global appeal to expand the donor base of UNRWA to all Member States”

Literally every statement is about “Palestine.”

The interesting part is that while “Palestine” seems to control the agenda of what statements to issue, even the Palestinians don’t expect the members of the Arab League to actually do anything for them. Before the conference, the alternate Palestinian representative to the Arab League Muhannad al-Aklouk stated that he intended  a resolution “to take punitive measures, whether political, diplomatic or economic, against any country that recognizes Jerusalem as the capital of Israel, and it will be up to each country to implement them as they see fit.”

Even the PLO knows that it cannot call for Arab states to boycott countries, or close diplomatic missions, against nations that recognize Jerusalem as Israel’s capital – because they won’t do it. Palestine is something to support with words and with occasional cash but the PLO no longer asks the Arab League nations to actually do anything concrete.

The Arab League was created to oppose Zionism and this is part of its DNA.

These statements at the end of many hundreds of Arab League meetings are meaningless but they make Palestinians feel important. Deep down, though, even the Palestinians know that the Arab League is one of the last institutions that can be counted on to reliably rubber stamp their demands as long as the members states aren’t asked to actually do anything.