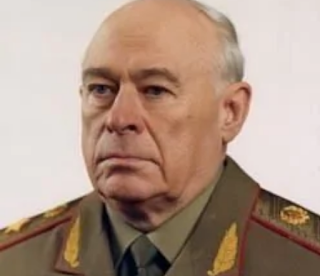 Philipp Bobkov, a former director of the KGB’s Fifth Directorate, has died at age 93.

In 1983 Bobkov was one of the founders of the Anti-Zionist Committee of the Soviet Public, which was partially set up to stop the emigration of Jews to Israel. Pravda announced the formation of the committee by publishing its manifesto.

It’s justification for the creation of the committee – which, naturally, included some Jews – sounds a great deal like the “progressives” of today to justify their monomaniacal hatred of Israel:

By its nature, Zionism concentrates ultra-nationalism, chauvinism and racial intolerance, excuse for territorial occupation and annexation, military opportunism, cult of political promiscuousness and irresponsibility, demagogy and ideological diversion, dirty tactics and perfidy… Absurd are attempts of Zionist ideologists to present those who criticize them, or condemn the aggressive politics of Israel’s ruling circles, as antisemitic… We call on all Soviet citizens: workers, peasants, representatives of intelligentsia: take active part in exposing Zionism, strongly rebuke its endeavors; social scientists: activate scientific research to criticize the reactionary core of that ideology and aggressive character of its political practice; writers, artists, journalists: to more fully expose the anti-populace and anti-humane diversionary character of the propaganda and politics of Zionism…

What are the anti-Israel writers of today but the “representatives of intelligentsia” that the Soviets called upon to denounce Zionism?

What are the anti-Israel academics in the social sciences today doing besides creating pseudo-scientific research to justify hate for Israel?

What are the majority of journalists in Israel today doing besides showing a one-sided view of the conflict, only criticizing Israel and ignoring Palestinian crimes and rejectionism?

Whether they realize it or not, they are all marching to the Communist drumbeat of the 1980s.

The irony is that even Pravda apologized for its role in the unquestioningly antisemitic nature of this propaganda in 1990:


Considerable damage was done by a group of authors who, while pretending to fight Zionism, began to resurrect many notions of the antisemitic propaganda of the Black Hundreds and of fascist origin. Hiding under Marxist phraseology, they came out with coarse attacks on Jewish culture, on Judaism and on Jews in general.

This apology was too little, too late, of course.

The Black Hundreds was an ultra-nationalist Russian group from the early 1900s that promulgated the Protocols of the Elders of Zion and other antisemitic theories. Here we have gone full circle – today’s “progressives” who claim to hate nationalism have gotten their anti-Zionist ideas from a group of extreme nationalist antisemites.

The idea of  a similar apology from today’s “progressives” who are pretending to fight Zionism but whose words and actions betray their crazed hate for most Jews – who hide behind the language of social justice and intersectionality – is unfathomable.