A prominent Islamic Jihad activist has been on his third hunger strike for the past 50 days. On Sunday he is said to have vomited up blood.

Even Palestinian media is downplaying this story.

It was only a couple of years ago that hunger strikes by prisoners were huge, front page news in Palestinian media for weeks at a time.

Khader Adnan is an Islamic Jihad leader whose 2012 hunger strike was a cause celebre, with his face plastered over posters and his “heroic” story published in pan-Arab and Western media. People made political cartoons about him. Masses rallied for him. 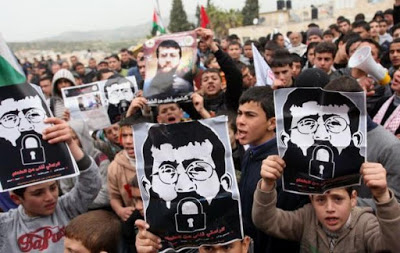 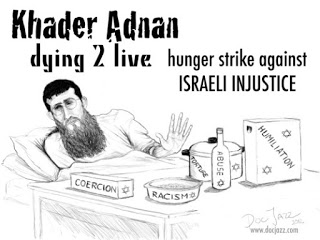 His 2014 hunger strike did not receive nearly as much publicity.

Adnan’s current hunger strike is so under the radar that no one has even updated his Wikipedia page. Islamic Jihad publications will put in an article about him pretty often but Palestinian media as a whole and Arab media altogether are all but ignoring this hunger strike.

The Arab world, and even Palestinians, are getting sick and tired of publicity stunts that give them nothing.

Maybe one day someone will have the bright idea that perhaps negotiating with Israel and being willing to give concessions for peace might be the best thing for Palestinian Arabs.

That day is still very far away.