At the end of August there took place the largest meeting of  Jews from Constantine, Algeria, ever held in Israel. Enrico Macias, the famous Constantine-born singer, attended the gathering. 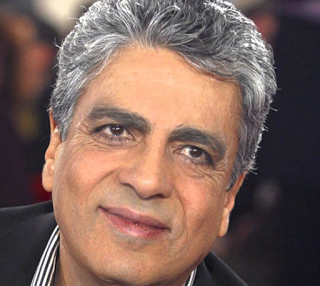 Enrico Macias: ‘skeletons in the cellar’

The ‘alternative media’ site ‘Alter Info’ (a French equivalent of Counterpunch) seized the opportunity to make a scurrilous attack on Macias, who over the years has repeatedly tried, but failed, to revisit the land of his birth. It published a gruesome story headlined, ’17 skeletons found in the cellar of Enrico Macias’s home in Constantine in 2008′.

Alter Info concocted a scurrilous tale of treachery and revenge: Macias allegedly poisoned, tortured and suffocated his victims while they were having coffee with Raymond.

The Raymond in question is the musician and band-leader (Cheikh) Raymond Leyris,  who Alter Info says was Macias’s father (actually his father-in-law.) According to the article,  Leyris and Macias were alleged Mossad agents and terrorists working for the OAS (the pro-French militia during the Algerian war of independence). The article claims that the two of them, while pretending to be neutral, conspired to have members of the FLN (the Algerian nationalists) killed.

In truth, neither Macias nor Raymond Leyris were involved in Algerian politics. They were simply musicians. Leyris was murdered (most probably by the FLN) while out shopping in the market in 1961. The murder sent shockwaves through the Algerian-Jewish community. Within a year most had packed up and left the country.

Despite Alter Info‘s smears of Macias, and until Leyris’s murder, the Algerian- Jewish community leadership had tried not to take sides in the conflict.  Some Jews actually backed the FLN.  In 2013 a list of ‘Jewish mujahaddin’ who had fought for the FLN was published on the Zlabia website:

Henri Curiel was an Egyptian-born communist who was later assassinated in France. Maurice Audin and Jean Masseboeuf do not appear to have been Jewish. Audin, a 25-year-old communist maths tutor, disappeared in mysterious circumstances.  (As recently as May 2017 a group of intellectuals calling themselves the Audin committee called on the Macron government to release documents that might throw some light on the ‘Audin afair’.)  Incidentally,  Audin was the only French FLN supporter to have a square named after him in Algiers.

In a rare flash of truth-telling Alter Info mentions Pierre Ghenassia, a pied rouge relative of Enrico Macias. Ghenassia died while fighting for the FLN in 1957. A street was named after him in the coastal town of Tenes. A few years later, it became Palestine Street.