In September, Haaretz’ Gideon Levy and Alex Levac wrote an article saying that Israel was uprooting “hundreds” of olive trees, right before harvest!

Levac took a photo of one of them. Note the caption. 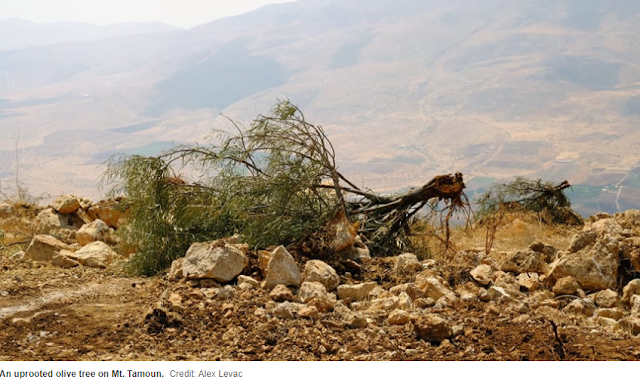 Regavim told me the entire story was bogus, and the trees that were uprooted were acacia saligna (coojong.)The acacias are a pest plant, hat spread quickly, planted by Palestinians for a land grab.

Who was telling the truth?

I asked Twitter what kind of tree was in the photo – taken by one of the authors. Everyone agreed it wasn’t an olive tree, and some agreed it was acacia. I wrote up how Haaretz appears to be lying.

I just noticed that Haaretz corrected the caption, and even added a correction for the photo caption. But the article still claims that hundreds of olive trees were destroyed by Israel.

If one of the authors doesn’t know what an olive tree looks like, why should we believe them about the other trees destroyed? No Palestinian news site showed photos of hundreds of destroyed olive trees.

Haaretz was caught in a lie, but only admitted the bare minimum it could.