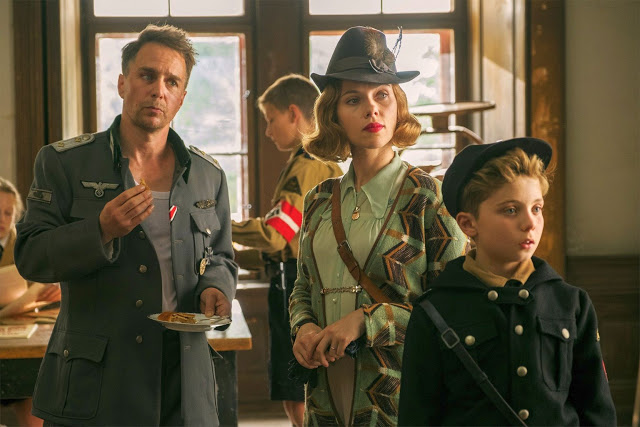 Egyptian cinephile site “Eye on Cinema” doesn’t like the Academy Award-winning Jojo Rabbit, calling it “the art of Jewish propaganda.”

The reviewer, Abdel Moneim Adeeb, dissects the movie to show how it represents Jews in a positive manner, which is of course unacceptable.


The movie”Jojo Rabbit” is not a movie – it is propaganda like any advertisement for products that appear on TV; colorful fresh and luscious.

The product being sold is the Jews, or the Jewish image. The film follows the rules of advertising and the arts of advertising as an explicit platform for it. It chose a context in which it could advertise its product, then presented common counter-ideas about it, then began to void those ideas, then painted the image of the product just like the image of foods in commercials. So let us learn together the art of Jewish propaganda.

The propaganda methods Adeeb mentions include showing the Jews as being victims of the Nazis to gain sympathy for them, being disparaging towards Nazis, sarcastically saying that Jews love gold and money to cover for the fact that Jews really do love gold and money, showing the Jews as being really ethical and strong by mentioning Biblical stories.

The biggest mistake the film makes, according to Adeeb, is that it did not give a single point of view from the German side, making the Nazis look crazy.

For good measure, the review mention that the Jews want to take over all the lands from the Nile to the Euphrates. Because these are the facts that are critical in a movie review.