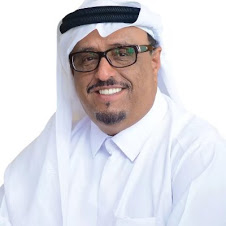 Back in 2010 he was an antisemite, saying he wouldn’t allow Jews into the country, saying that the leaders of “Israel” have blood on their hands throughout history, and that vanity haunts the “Israeli” mentality stems from the time of Pharaoh, and the entire world should study the mentality of the “Israeli” leaders throughout history. “Their sick psyches needs to be analyzed by psychology professors, who need to examine why they launch crises, and why they brought on themselves hate from others, since the time of Moses, peace be upon him.”
His tweets have gotten more pro-Israel over the years, and at the end of 2019 he actually predicted that by the end of 2020 there will be formal ties between Israel and some Arab nations and that the Palestinian issue will have melted away from the minds of Arab leaders.
Now, he seems positively philosemitic – but not in a good way.
A series of tweets on Wednesday started off reasonably:

Peace is the pillar of development …. Some say that peace with Israel did not serve the countries that they made peace with before …. nor did it contribute to their development … We already have development before peace … But peace with a respectable country like Israel serves the region.

Then it turns a bit:

Our criticism of the Jews has no meaning … And our fears of the Israeli expansion are unjustified .. If nine million Jews are better than 400 million Arabs in terms of scientific, financial and political capabilities..the reason is in us and not in the Jews … why do we always blame them?
I advise the Arabs to learn from their cousins ​​sophistication and cunning. (laughing emoji)

This isn’t exactly the kind of friendship that Israel is seeking. But it is much better than the alternative!