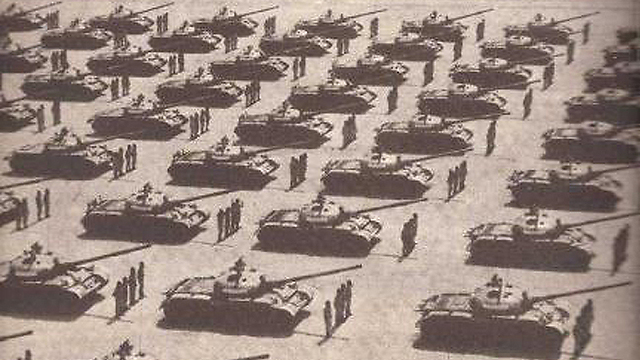 I had missed this story, and it is a pretty big one. From Haaretz:

The Yom Kippur War was the first, and also the last, all-out war fought by Israel and the Arab countries after Israel became an undeclared Middle East nuclear state. The war, the most difficult since the War of Independence in terms of the number of losses Israel suffered, was the first test case of the impact of Israeli nuclear deterrence on the regional conflict.
…
According to a number of sources, Sadat’s insistence on a military action with a very limited territorial aim – to the pronounced displeasure of senior figures in the Egyptian armed forces – was partially related to his assessment that Israel would not use nuclear weapons in the face of a limited attack. At least one senior Egyptian source cites this as an explicit consideration by Sadat.
Additional third-hand testimony supporting the idea that Egypt was deterred by Israel’s nuclear capability from advancing toward the line of the Gidi and Mitla passes in the Sinai emerged in a television interview with Shimon Peres, conducted several months before his death, in 2016.
Peres related that, on his arrival in Israel on November 19, 1977, President Anwar Sadat was welcomed by then-Deputy Prime Minister Yigael Yadin. According to Peres, during the trip from the airport to Jerusalem, Yadin asked Sadat why the Egyptian army had not proceeded to the Sinai passes during the Yom Kippur War. Sadat’s answer: “You have nuclear arms. Haven’t you heard?”

The article puts this in the larger context of the Yom Kippur War and general deterrence, but it appears that Egypt, at least, limited its goals for the war based partially on the (justified) fear that if Israel was in danger of being destroyed, it would unleash nuclear weapons. Meaning that at least in this case, nuclear deterrence had an effect on how a war was fought, and even in the face of the terrible losses Israel suffered during the war, many more would have died without Israel’s policy of ambiguity on its nuclear weapons.