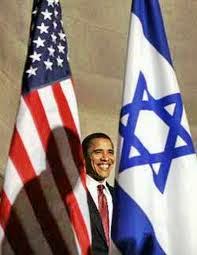 One of the intriguing aspects of Israeli Prime Minister Netanyahu’s visit to the White House on 15 February will be the evidence he produces to President Trump to establish former President Obama’s collusion in promoting Security Council Resolution 2334.

America abstained from voting on Resolution 2334 – but the language used in that Resolution was inimical to the national interests of Israel and the Jewish people by declaring that:


* the establishment by Israel of settlements in the Palestinian territory occupied since 1967, including East Jerusalem, had no legal validity and constituted a flagrant violation under international law

* Israel immediately and completely cease all settlement activities in the occupied Palestinian territory, including East Jerusalem

This language identifies as “Palestinian territory”:

* the site of the First and Second Temples,

* the Mount of Olives Jewish Cemetery,

–  and seeks to erase the legal rights vested in the Jewish people to reconstitute the Jewish National  Home in these areas under the 1922 League of Nations Mandate for Palestine.

Such language gives credence to the PLO claim that the Mandate – a critical building block in the 100 years old Arab-Jewish conflict – is null and void.

Resolution 2334 contravenes Article 80 of the United Nations Charter – exceeding the Security Council’s powers and condemning the hypocrisy of the Security Council which sanctimoniously professes to be concerned about “legal validity” and “international law”.

The Egyptian newspaper Al-Youm Al-Sabea was the first to allege American collusion in promoting Resolution 2334  – claiming to have a transcript of a meeting in December – prior to the passage of Resolution 2334  – between Palestinian negotiator Saeb Erekat, US Secretary of State John Kerry, and US National Security Advisor Susan Rice in which Kerry said the US was prepared to cooperate with the Palestinians at the Security Council.

White House National Security Council spokesman Ned Price claimed no such tripartite meeting took place and that the “transcript” was a total fabrication – although he admitted Erekat had met with Kerry and Rice separately.


“We have it on absolutely incontestable evidence that the United States organized, advanced and brought this resolution to the United Nations Security Council. We’ll share that information with the incoming administration. Some of it is sensitive, it’s all true. You saw some of it in the protocol released in an Egyptian paper. There’s plenty more; it’s the tip of the iceberg.”

Netanyahu’s claim that some of the information is sensitive suggests that there has been an interception of emails or other classified American documents emanating from Obama or Kerry’s offices.

America’s cybersecurity record has been appalling – as the hacking of the Democrats web site and Hillary Clinton’s emails and private server has shown.

Netanyahu’s description of the transcript held by the Egyptian newspaper as “the tip of the iceberg” suggests Israel holds a Wiki-style treasure trove of incriminating documents.

Sensational claims of Israel-hacking will doubtless fuel the media.

There appears to be no evidence that this material has yet been given to the Trump Administration. If it had – some leak would surely have emerged by now.

Netanyahu’s visit to the White House presents the perfect opportunity to personally hand his evidence to President Trump – enabling him to decide whether to disclose such evidence publicly or not.

[Author’s Note: The Israeli Foreign Affairs Ministry was asked to confirm or deny some of the facts in this article but no response was received]