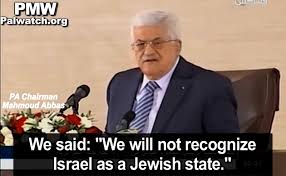 Al-Sisi broke the news during an interview on 22 August with the chief editors of state-run newspapers Al-Ahram, Al-Akhbar and Al-Gomhouriya:


“The Russian president has informed me that he has invited Palestinian President [Abbas] and Prime Minister Netanyahu for a meeting in Moscow.

Egypt supports these efforts and both sides are urged to participate and respond positively to the initiative for the sake of finding light at the end of the tunnel for Palestinians and establishing their state alongside Israel.”

The Russian invitation has not yet been confirmed by Putin.

However even assuming the meeting was indeed to eventuate – it must be crystal clear to any impartial observer that such a Moscow talkfest will end up in the garbage bin of history, like so many similar meetings over the last 20 years that have failed to resolve the 100 years-old Jewish-Arab conflict.

Peace negotiations between Netanyahu and Abbas remain deadlocked on one perennial and fundamental Israeli demand – that Israel be recognised as the Jewish State.

Abbas made his rejection of this demand very clear on 30 November 2014 when speaking to leaders of the Arab world in Cairo:


“We will never recognize the Jewishness of the state of Israel.”

Abbas has now backed up this statement by threatening to sue Britain for issuing the Balfour Declaration in 1917 – which ultimately led to the League of Nations unanimously approving the Mandate for Palestine in 1922 calling for the “reconstitution of the Jewish National Home in Palestine”.

Abbas has been emboldened in taking this stance after the Obama administration wavered in America’s previous long-standing commitment to support this Israeli non-negotiable demand.

US Secretary of State John Kerry appeared to downplay supporting Israel’s position when he told a Senate panel in March 2014:


“Jewish state’ was resolved in 1947 in Resolution 181 where there are more than 40—30 mentions of ‘Jewish state’. In addition, chairman Arafat in 1988 and again in 2004 confirmed that he agreed it would be a Jewish state. And there are any other number of mentions.”

Any Arafat declarations are meaningless – having been replaced with statements of outright rejection by Abbas. Arafat cannot rule from the grave.

Obama will soon be political history and his successor – either Hillary Clinton or Donald Trump  – have both made clear that the Obama-Kerry position will be reversed.


“Basically I support a two-state solution on Israel. But the Palestinian Authority has to recognize Israel’s right to exist as a Jewish state. Have to do that.”

France’s attempt to convene an international conference later this year has been apparently undertaken without first attempting to get Abbas to moderate his stance by finally acknowledging and accepting the decisions of the international community expressed in the Mandate for Palestine and article 80 of the United Nations Charter. 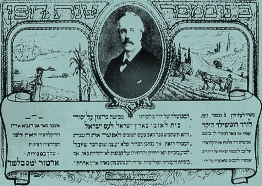 Indeed Abbas’s threat to sue Britain is a diplomatic kick below the belt for France’s efforts to broker a solution.

Putin would be politically naïve if he failed to sound out Abbas before facilitating any Moscow meeting.

Laying on the vodka, caviar and a Kremlin guard of honour whilst hosting talks that must inevitably lead to nowhere is the last photo-op Putin surely needs.

Strong man being derided with egg on face is not a pretty sight.