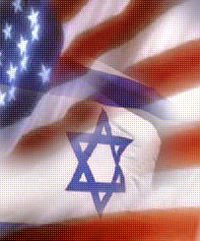 President Obama is causing consternation and uncertainty in Israel because of his continuing refusal to make clear that America will veto any Security Council resolution attempting to impose a settlement of the Jewish-Arab conflict in former Palestine other than under the Roadmap of his predecessor George W. Bush.

Bush made the following written commitment to Israel in his letter to Israel’s Prime Minister Ariel Sharon on 14 April 2004 – which was overwhelmingly endorsed by the American Congress by 502 votes to 12 in June 2004:


“First the United States remains committed to my vision and to its implementation as described in the roadmap. The United States will do its utmost to prevent any attempt by anyone to impose any other plan. Under the roadmap, Palestinians must undertake an immediate cessation of armed activity and all acts of violence against Israelis anywhere, and all official Palestinian institutions must end incitement against Israel. The Palestinian leadership must act decisively against terror, including sustained, targeted, and effective operations to stop terrorism and dismantle terrorist capabilities and infrastructure. Palestinians must undertake a comprehensive and fundamental political reform that includes a strong parliamentary democracy and an empowered prime minister.”

Bush’s reasons for giving this American commitment were stated in his letter:


“The United States remains hopeful and determined to find a way forward toward a resolution of the Israeli-Palestinian dispute. I remain committed to my June 24, 2002 vision of two states living side by side in peace and security as the key to peace, and to the roadmap as the route to get there.

“We welcome the disengagement plan you have prepared, under which Israel would withdraw certain military installations and all settlements from Gaza, and withdraw certain military installations and settlements in the West Bank. These steps described in the plan will mark real progress toward realizing my June 24, 2002 vision, and make a real contribution towards peace….

… The United States appreciates the risks such an undertaking represents.”

Israel honoured its disengagement plan and withdrew from Gaza and part of the West Bank in August 2005.

The risks in doing so have been translated into reality with the indiscriminate firing of tens of thousands of rockets from Gaza into civilian population centres in Israel and ongoing conflict between Israel and Gaza since 2005.

That Obama would seek to resile from this Bush Congress-endorsed American commitment to Israel is unthinkable and should be disavowed by him immediately.

Amazingly two presidential debates have been held so far between Donald Trump and Hillary Clinton where the word “Israel” has not been mentioned once.

Both Trump and Clinton have remained silent up till now on stating whether they would uphold this American commitment to Israel.

Clinton was among those Senators overwhelmingly endorsing America’s commitment by 95 votes to 3.

Clinton needs to publicly commit that she will honour this commitment to Israel if elected President Trump has so far failed to say whether he will do likewise – although his rival Marco Rubio pledged at the Republican Jewish Coalition Presidential Forum: 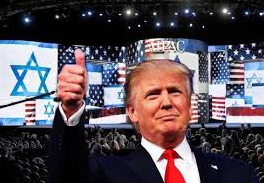 The third presidential debate also gives Trump the perfect opportunity to state his position if he is elected president.

Hopefully the moderator, Chris Wallace, will ask them both this crucial question – or they volunteer an answer themselves.

America’s reputation and trustworthiness for keeping its promises are on the line.