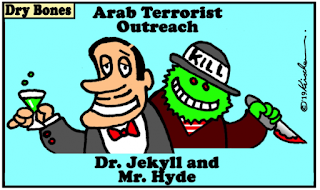 Israel’s Ministry of Strategic Affairs has issued a 79-page report exposing a network of members of Hamas and the Popular Front for the Liberation of Palestine (PFLP) embedded in Pro-Palestinian non-Government organisations (NGOs) based outside Israel that openly operate in the USA and European Union (EU).


“How terrorists came to hold key positions in NGOs promoting the Boycott Divestment and Sanction (BDS) campaign against the State of Israel; and how, through these NGOs, they exploit Western governmental funding, philanthropic foundations, financial platforms and civil society to advance their goal of dismantling the State of Israel.”

Both Hamas and PFLP Charters openly seek the elimination of the State of Israel and use NGO’s to influence public opinion against Israel in furtherance of this heinous objective.

The Report names and shames the following NGO’s, identifies their areas of operation, their ties to Hamas and the PFLP and outs Hamas and PFLP members – many of them convicted terrorists – who are or have been actively involved in these organisations’ campaigns aimed at denigrating and delegitimising Israel:

A look at just one organisation – Al-Haq – headquartered in Ramallah and operating in Judea and Samaria (West Bank), the Netherlands, France, and Northern Europe – indicates the modus operandi that similarly exist in the others.

Shawan Jabarin, General Director of Al-Haq since 2006, served as a senior PFLP official in the past and at least until recently maintained close ties with PFLP operatives in Judea and Samaria. Jabarin was tried and convicted for his military activity in the PFLP and has served multiple prison sentences.
Jabarin was described in a 2007 Israeli Supreme Court case by the presiding judge as:


“Dr. Jekyll and Mr. Hyde. Some of his time is spent in conducting a human rights organization, and some as an operative in an organization which has no qualms regarding murder and attempted murder, which have no relation whatsoever to rights. Quite the opposite, they reject the most basic right of all, without which there are no other rights, that is, the right to life.”

Three other PFLP members arrested by Israel are also identified as working or having worked for Al-Haq: Ziyad Hmeidan, Zahi Jaradat and Majed Abbadi.

European and American funding of these organisations should be banned, their offices in the USA and EU closed – and those identified as Hamas and PFLP members deported.

Terrorists in suits denigrating and delegitimising Israel in slick racist and ongoing deceptive public relations campaigns of lies and half-truths – can be just as dangerous as terrorists armed to the teeth.

The EU and America must stop being played for suckers by these Jew-hating organisations.

(Author’s note: The cartoon — commissioned exclusively for this article — is by Yaakov Kirschen aka “Dry Bones”- one of Israel’s foremost political and social commentators — whose cartoons have graced the columns of Israeli and international media publications for decades. His cartoons can be viewed at Drybonesblog)