TOP NEWS
http://elderofziyon.blogspot.com/2020/09/crisis-group-podcast-lies-about-israel.html
This is based on a thread by Inquisitive Native:
It is sad but not surprising that @CrisisGroup chose to launch its new podcast with this unabashed BDS propaganda, falsehoods and very weak analysis by an “expert” who’s main paradigm just collapsed colossally. Here are some nuggets so you don’t need to listen to this stuff.
Let’s start with the lies.
@NathanThrall unabashedly recycles one of the vilest and most extensively-refuted lie that Israel builds separate roads for Palestinians in the West Bank “so they’re removed from the main roads for Israeli settlers” (14:30). 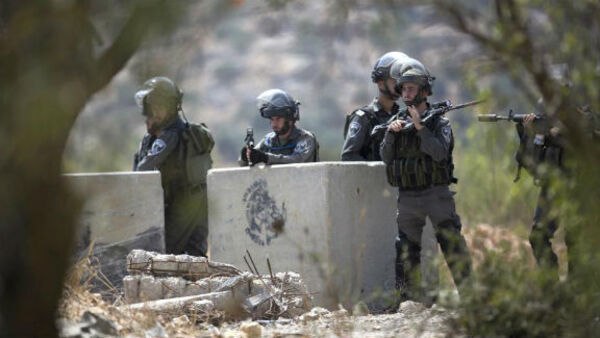 Dispelling the myth of ‘Jews-only roads’ in the West BankThe claim that religiously exclusive roads exist in the West Bank needs to be debunked, suggests Adam Levick.https://www.irishexaminer.com/opinion/yourview/arid-30856339.html
Israel indeed builds new roads in the 60% of the WB it fully controls according to Oslo (PA does it in the rest), which serve both populations. Should’t Palestinians also enjoy new, safer highways? Should those be closed for Jews? There’s no coherent moral stance to be found.
He later (29:10) claims that days after the UAE deal “they discussed” (who?) plans to increase settler population by 100,000s, including one to add 100,000 settlers in the Ramallah area alone. It proves the “rabid acceleration of de-facto annexation”. Only none of it is true.
Where’d he get it? Maybe from a 27 Aug article on one road which mentions those numbers as either aspirations of settlers or speculations of anti-settlement activists. For him that’s enough to claim they’re government plans that are being discussed.

Maybe he meant the meeting on 12 Aug of the Civil Admin where 2 plans for roads were approved which, like the rest of them, will serve Jews and Arabs alike. Even if you consider Israel an “occupying power” in Area C, it has every right, and actually a duty to build roads there.
An honest analyst would tell his listeners that in fact there’s been a de facto freeze in promoting housing units in settlements for over 6 months now, which is why settler leaders are angry. But that’d spoil the narrative which he lays out clearly:
Israel is “expanding eastwards and totally eliminating any possibility for a normal life for the indigenous people, restricting them into smaller and smaller enclaves” (20:55), so the only moral option is to boycott it. This was too much even for @Rob_Malley who cut him off.
If Thrall’s description of current Israeli policies is true he should be able to prove that, say in the past decade:
1. land used by settlers expanded more than land used by Palestinians in Area C.
2. settler population in Area C or E. Jerusalem grew faster than Palestinian
He can’t. If anything, available data points the other way. But Thrall won’t let anything stop him from describing Israel as a colonial power (31:05) bent on placing Palestinian in reserves like native Americans. Yes, in those very words. Loved to see Malley’s face there.
I can understand Thrall’s frustration. He’s been one of the main voices lobbying for massive external pressures on Israel, and must be hard to realise how wrong he was. Or as his former boss tells him fatherly, it’s ok as a personal moral view but not a political strategy.