A bunch of lefties, mainly media studies academics, have signed this delightful letter to the Grauniad, defending Corbyn against charges of, yeah, you know what.

Well, they would say that, wouldn’t they?

And how superbly they prove Jonathan Freedland’s point! (See box below)


‘We believe that significant parts of the UK media have failed their audiences by producing flawed reports that have contributed to an undeserved witch-hunt against the Labour leader [Jeremy Corbyn] and misdirected public attention away from antisemitism elsewhere.’ Photograph: Thierry

We have long had serious concerns about the lack of due impartiality and accuracy in the reporting of allegations of antisemitism against Jeremy Corbyn and the Labour party. The recent report by the Media Reform Coalition examining coverage of Labour’s revised code of conduct on antisemitism shows that we are right to be concerned. 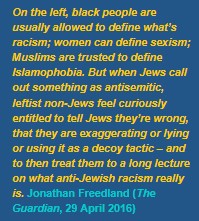 The research examined over 250 articles and broadcast news segments and found over 90 examples of misleading or inaccurate reporting. In relation to the IHRA definition of antisemitism that was at the heart of the dispute, the research found evidence of “overwhelming source imbalance” in which critics of Labour’s code of conduct dominated coverage, with nearly 50% of Guardian reports, for example, failing to include any quotes from those defending the code or critiquing the IHRA definition. Moreover, key contextual facts about the IHRA definition – for example that it has only been formally adopted by eight countries (and only six of the IHRA member states) – were consistently excluded.

The researchers conclude these were not occasional lapses in judgment but “systematic reporting failures” that served to weaken the Labour leadership and to bolster its opponents within and outside of the party.

It is of course entirely appropriate and necessary for our major news outlets to report on the horrors of antisemitism, but wrong to present it as an issue specific to the Labour party.

In covering the allegations that Labour is now “institutionally antisemitic”, there have been inaccuracies, clear distortions and revealing omissions across our most popular media platforms. We believe that significant parts of the UK media have failed their audiences by producing flawed reports that have contributed to an undeserved witch-hunt against the Labour leader and misdirected public attention away from antisemitism elsewhere, including on the far right, which is ascendant in much of Europe.

Prof Noam Chomsky
Needs no introduction from me!

Brian Eno
A musician well-established as a persistent foe of Israel.

Ken Loach
As is generally known, a loathsome darling of the anti-Israel movement.
https://www.theguardian.com/commentisfree/2017/sep/27/labour-denial-antisemitism-party-dark-place
https://www.independent.co.uk/news/uk/politics/ken-loach-antisemitism-protest-labour-mps-kicked-out-party-jeremy-corbyn-a8299651.html99651.html

Justin Schlosberg Birkbeck, University of London
An Israel-basher.
Referring to this interview:

Prof Aeron Davis Goldsmiths, University of London
Another in the general leftist mould.

Prof Annabelle Sreberny Soas, University of London
See how she blows?  Here’s the prof on video, at a Jewish Voice for Labour demo in London, blaming “a manipulative Israeli propaganda outfit” for instigating perceptions of antisemitism in Corbyn’s party:

Prof Greg Philo University of Glasgow
An inveterate knocker of Israel.  With fellow-signatories to the present letter Loach, Fenton, Miller, Petley and Berry, as well as a gaggle of other Israel-demonisers,was one of the original signatories to this mind-boggling petition beginning:


‘We are concerned at the very partial nature of BBC reporting on the Israeli-Palestinian conflict. While some reporters have shown great bravery in war zones, much home-based journalism lacks context and is unable to report the Palestinian perspective. The attacks on Gaza are presented by Israel and the BBC as being directed at militants, while for Palestinians they are an extension of military rule and collective punishment by a brutal apartheid state….’

Prof Natalie Fenton Goldsmiths, University of London
https://www.gold.ac.uk/media-communications/staff/n-fenton/
She signed this telling declaration, on which the names of this present letter’s signatories Hickel and Cushman also appear. 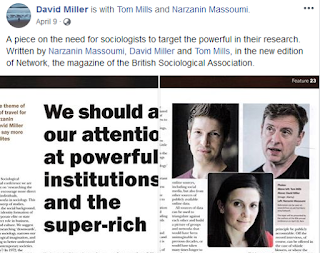 Prof Julian Petley Brunel University
Petley, like a few of the other signatories (Hickel, Cushman, possibly Berry) were among the numerous signatories to this letter, which alleged, in February last year:


‘The spike in far-right antisemitic incidents on UK campuses that you report (UK universities urged to act over spate of antisemitic stickers and graffiti, 18 February) seems to reflect the increase in xenophobia since the Brexit vote. Yet the government has “adopted” the International Holocaust Remembrance Alliance definition of antisemitism, which can be and is being read as extending to criticism of Israel and support for Palestinian rights, an entirely separate issue, as prima facie evidence of antisemitism.

This definition seeks to conflate criticism of Israel with antisemitism.Now Jo Johnson, the government minister whose brief includes universities, has written to Universities UK asking for this definition to be disseminated throughout the system. His letter specifically mentions Israeli Apartheid Week (a worldwide activity at this time of year since 2005) as a cause for concern. The response has been swift. Late last week, in haste and clearly without legal advice, the University of Central Lancashire banned a meeting that was to be addressed by journalist Ben White as well as by academics. The university statement asserted that the meeting on “Debunking misconceptions on Palestine” contravened the definition of antisemitism recently adopted by the government, and would therefore not be lawful.

Meanwhile, the Campaign Against Antisemitism, a body set up during the Israeli assault on Gaza in 2014, cites this definition in asking its supporters to “record, film, photograph and get witness evidence” about Israeli Apartheid Week events; and “we will help you to take it up with the university, students’ union or even the police”. These are outrageous interferences with free expression, and are direct attacks on academic freedom.

As academics with positions at UK universities, we wish to express our dismay at this attempt to silence campus discussion about Israel, including its violation of the rights of Palestinians for more than 50 years. It is with disbelief that we witness explicit political interference in university affairs in the interests of Israel under the thin disguise of concern about antisemitism.’

Stephen Cushion Cardiff University
Unlike many, not overtly or obsessively anti-Israel,  it would seem. 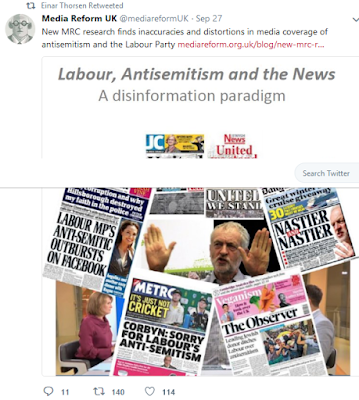 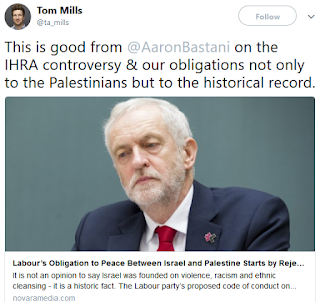 Lindsey German Stop the War Coalition
She‘s a favourite with the PSC crowd.

Comrade Cushman needs no introduction either. 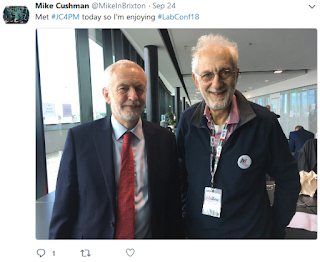