A family fight in Gaza on Sunday has killed 3 people – including a Hamas terrorist.

Initial reports from Hamas indicated that Abdulaziz Othman Abu Rawa, from the Jabalia camp, had died from an “accident.” But it was soon apparent that he died in a family fight that killed at least 2 and injured over a dozen others. 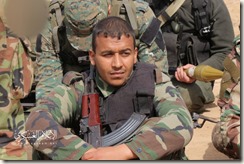 But soon even Hamas admitted that Abu Rawa had died in an “unfortunate family fight,” without elaborating.

The fight, part of which was caught on video,  was reported to result in the death of two or three people and the injury of as many as 18, and Gaza police came in to deal with the situation.

Facebook commenters ridiculed Shehab News Agency coverage of the incident as an “accident” as well as Hamas calling Abu Rawa a “martyr” when his death was stupid and pointless. 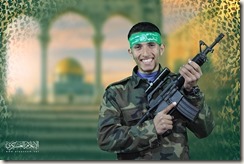 Meanwhile, another Hamas terrorist also died, this one of an illness. He is also called a “martyr.”

It appears that more Hamas terrorists have died this year from illnesses, work accidents and family feuds than the total number of Gazans killed by the IDF.