Canary Mission is possibly the most reviled pro-Israel organization out there.

Combing through social media posts, it exposes antisemitism and rabid anti-Israel opinions to the world. Everything that Canary Mission discovers is well-documented and verifiable. All it does is shine a light on social media posts that are public already anyway – it doesn’t hack into anyone’s email or invade anyone’s privacy. Blaming the Canary Mission for publicizing the public words of Israel haters and antisemites just means that the haters are hypocrites.

The Canary Mission’s backers and workers are anonymous, which enrages the anti-Israel crowd even more, since their methodology is to smear people and avoid discussing ideas and facts. The Forward is more obsessed over finding out who these “shadowy” people are than the rabid antisemitism it exposes.

Some of its exposes have been spectacular, including the doctor who had tweeted she would purposefully give Jews the wrong medications.

It turns out that The Canary Mission website has a section on “ex-Canaries” which is fascinating. A number of people that it exposed were embarrassed – but then looked at what they had written from a different perspective and realized how hateful their words were.

Twenty people so far are listed on this section of the site. The Canary Mission takes screenshots of their confessions and their regret. 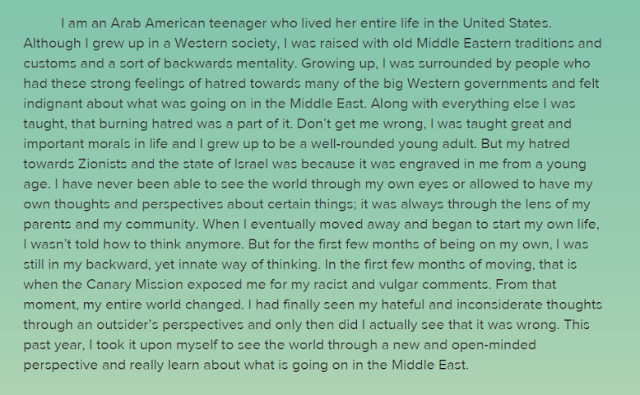 I don’t think The Forward will want to write about these people who have realized that they were wrong to join Jewish Voice for Peace or Students for Justice in Palestine. 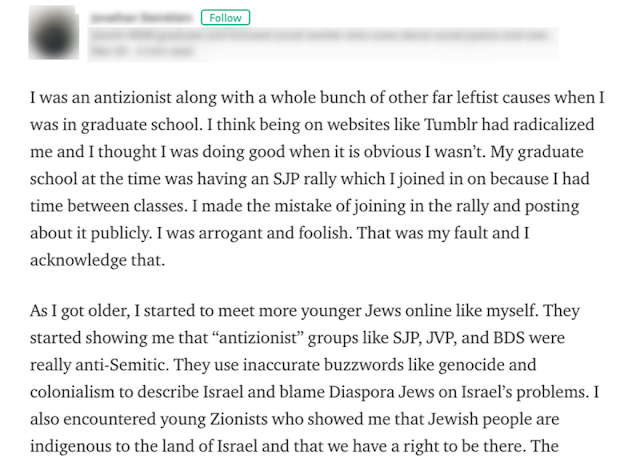 Canary Mission is truly engaged in “tikun olam,” improving the world, by showing people that the anti-Zionists are truly haters and racists – and prompting some of them to turn their lives around.