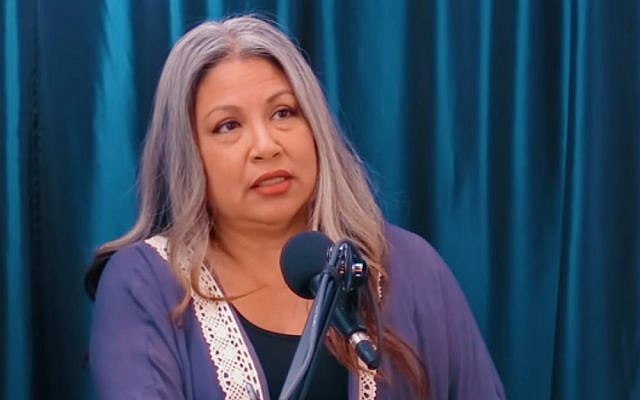 From Progressive Zionists of the California Democratic Party:

Progressive Zionists of the California Democratic Party is concerned about candidate for Assembly Member in District 63 Maria Estrada’s public support of notorious homophobe and antisemite Louis Farrakhan and her repeated and extreme antisemitism in the guise of “criticism of Israel”.

Candidate Estrada made repeated antisemitic remarks about the Jewish state in a series of Facebook comments. 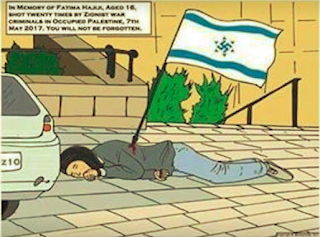 On May 10, 2017 she posted a cartoon replacing the Magen David on the Israeli flag with the swastika of the Nazis, but the next day she apologized for her post. However, on October 6, 2017 she claimed non-Jews could not be Zionists without being influenced by Jewish friends or loved ones. In this same exchange–shortly after a detailed posting of many of Farrakhan’s hateful statements about Jews–she commented that she “enjoys listening to Farrakhan’s sermons”, as well as claiming Democrats turn a blind eye to Palestinians, and “justify it by bringing up the Holocaust. As if what happened 70 years ago justifies what is happening now.”

On May 14, 2018 “calling out” Eric Bauman, Chair of the California Democratic Party, she admonished him for not keeping “your party, your religion and your people in check.”

Comparing Zionism – the movement for Jewish liberation and self-determination – to ideologies that support oppression and genocide against Jews is grotesquely racist. …

Additionally, it is antisemitic to claim Jews spend too much time talking about the Holocaust, or compare the situation in Palestine to what the Nazis did to Jews. This comparison holds no real comparable value and is intended only to hurt Jews, especially those who lost the majority of their families to Nazis. Nazis intended to ensure there were no Jews left anywhere on the planet. We can and should be in dialogue about how Israel handles Palestinian concerns, but it is a deliberate and malicious contrivance to attempt to somehow hold these two as equal.

Moreover, Estrada saying that she “enjoy[s] listening to Farrakhan’s sermons”, a known and noxious public figure, is a slap in the face to the LGBTQ community and women as well as Jews. Farrakhan’s sermons are littered with homophobia and misogyny. The SPLC and the ADL label him as a hate figure. A truly progressive leader would spurn him from their spaces to make it as safe and inclusive for all identities.

I have no idea why the organization didn’t say anything about the statement “Anyone who believes they are one of ‘God’s chosen people’ automatically feels superior and justified and all they do” [sic]. That is more antisemitic than anything else they quoted.