The most insidious lie that @bariweiss tells us is that legal right wing antisemitism which has literally *killed* American Jews is *less dangerous* because “everyone agrees about it.”

I don’t think Weiss says that at all, but this is a typical take – right wing antisemites have guns and have shown that they will kill Jews, while left-wingers only protest. 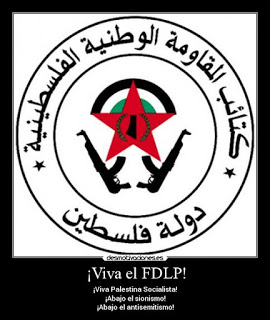 It is true that left-wing antisemites in America are not physically dangerous at this time. That is America, today. Many Palestinian terror groups that have killed many Jews over the years are are left-wing groups like the PFLP and DFLP, so the Left is not inoculated against antisemitic violence. we have also seen left-wing argument supporting Palestinian terror.

But is actual violence the only metric that matters? If Jews cannot feel comfortable walking though college campuses (or British subways) without being berated because they are presumed to be anti-Palestinian, is that not an issue that should be brought up? When Jews in college dorms are singled out for fake “eviction notices,” is that not antsemitism?

But left-wing antisemitism, disguised as anti-Zionism, is all over the place. They have rallies and demonstrations and “Israel Apartheid Week” displays all over. Jews do not feel comfortable expressing their views because of the intimidation and threats that the BDSers and friends use to shut down any pro-Israel speech.

To say that violent antisemitism is the only threat worth bothering to mention is like saying that women shouldn’t complain about a work environment where men sneer at them and make jokes about their bodies – because they aren’t actually getting raped.