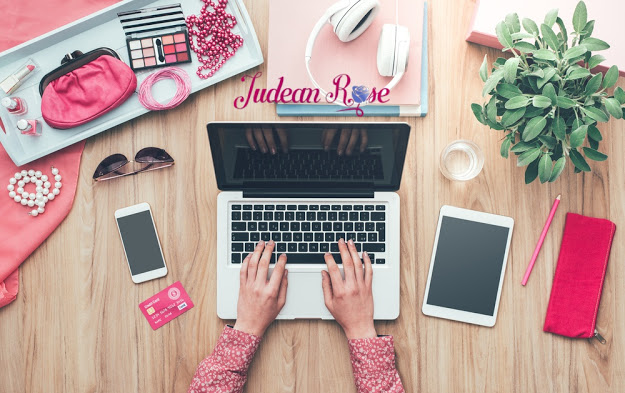 Bloggers, compared to journalists, can say more about antisemitism. That’s because the two disciplines—blogging and journalism—are different. In journalism, one has to adhere to journalistic standards and avoid bias. But the blogosphere offers possibilities beyond those standards.

In a blog I can say what I like—things you just can’t say in a straight news piece. As a blogger I write the things I think my readers should know—things that may not be politically correct. My responsibility as a blogger lies only in remaining faithful to my standards and sensibilities and those of my host. The reader’s responsibility, on the other hand, lies in accepting or rejecting my words, or skipping past them altogether.

This was the basis for The Comprehensive List of Antisemitic Celebrities. The freedom of being able to say what a journalist cannot. As a blogger, I don’t have to pussy-foot around a topic and stay within narrow journalistic confines. I can say more about a subject, more about antisemitism. I can say what I think. I can go out on a limb and say, “This too, is antisemitism.”

I had wished for a reference like my list for a long time and when I mentioned it to others, they said that they too, would like to have such a list. The idea percolated for at least a couple of years. I was afraid that it would be a herculean task; that making such a list would be biting off more than I could chew.

But a couple of weeks ago, I decided to research the topic and see where it went. I started with the most recent news piece, the now-infamous Chelsea Handler Instagram post of Farrakhan speaking about racism that so many of her celebrity buddies liked. The Instagram post is gone, and Handler has apologized.

A journalist would have reported only the facts of the incident, without labeling the behavior of Handler and the others. But a blogger is allowed to express an opinion. And in my opinion, Handler, and all the meek little celebrities who liked her post, aligned themselves with a known antisemite. As supposedly “woke” people, I deemed it appropriate to include their names in my list.

Levick says we should be careful about what we label antisemitism. That we shouldn’t throw slings and arrows at people and media outlets, but at their behavior. Because we don’t want to mimic the current cancel culture zeitgeist in which a misbehaving celebrity loses his/her job and is shunned within both professional and personal spheres based on spurious charges and slander.

It makes sense. But as a blogger, and possibly even as a journalist, it’s my right to say that the IHRA definition is subject to interpretation. This is perhaps why IHRA saw fit to follow the definition with a list of examples covered by the definition. The examples are prefaced by this introductory text (emphasis mine):

“Contemporary examples of antisemitism in public life, the media, schools, the workplace, and in the religious sphere could, taking into account the overall context, include, but are not limited to:”

In other words, the contemporary examples of antisemitism listed on IHRA’s own page are not comprehensive, not final. The page suggests that we may have to always be watching things to see if what we see is or isn’t antisemitism according to the IHRA definition. And that leaves the process in the public’s hands, to some degree. Which makes the process of determining what does and doesn’t fit IHRA, at least somewhat subjective.

Now, as a journalist, I would have to interpret behavior as antisemitic only according to the strictest, most narrow sense of the IHRA definition. I would have to give benefit of the doubt and try to think if there’s something in the behavior that I can use as an out, a way to say “This is not necessarily antisemitic,” before casting aspersions.

And as a media consumer, I wouldn’t want it any other way. Don’t interpret my news. Let me read the facts and decide on my own.

But as a blogger, I can go broader. I can go all Potter Stewartand say I know antisemitism when I see it. And my readers expect that of me, as long as I make my case. I can say “This is what happened. I think it fits the IHRA definition of antisemitism. Here’s why.”

As long as I’m using the IHRA definition as my guide, I’m within my rights to expand on the examples given on the IHRA page, to interpret behavior according to my understanding of the IHRA definition. Which is why, as a blogger, I can say more about antisemitism.

In terms of pointing out antisemitic behavior, rather than naming and shaming, I see Levick’s point. It’s Parenting 101. You don’t label the kid. You say the behavior is bad. You don’t say, “Bad boy!” but “It is bad to throw your food on the floor.”

But I think this misses the point of my list. “The Comprehensive List of Antisemitic Celebrities” is not meant to name and shame celebrities, but to offer information to the reader. It’s my way of saying, “Here’s something you may want to know about. If this is interesting or useful, fine. If not, next week I’m writing about squirrels sovereignty.”

In cancel culture, a call to action goes out. Fire him/her. Boycott this/that. Protest. Loot a store. But there was no call to action in the “comprehensive list.” I didn’t tell the reader what to do with the information or whether to do anything at all. That is the reader’s own business. Which is very different than the #metoo hashtag campaigns or the aggressive tactics of, for instance, BDS or BLM.

The fact is, the “Comprehensive List” includes no instructions on how my readers should relate to the information it contains. I didn’t suggest a boycott of Handler, Aniston, Portman, or Silverman. I suggested no action at all. I didn’t even mention how I personally intend to use this information, if at all. It’s just something to know.

A person’s private behavior is their own matter. When I found out Alice Walker was an antisemite, for instance, I decided never to give her royalties, again. That I would not watch “The Color Purple” or read the book. But I never suggested to anyone that they should follow suit.