A couple of weeks ago, Aisha al-Rabi was killed from a stone being thrown at her car, and her husband claimed in various contradictory interviews that the stone was hurled by Jewish settlers.

Rami Mahdawi at Al Watan Voice goes through a a thought experiment of thinking what would have happened if she was a Jewish woman killed by Palestinian stones.

His story reveals how disconnected from reality the Arab world is.

In his story, the Israeli Foreign Ministry would organize an international tour for the victim’s family family,  launched from the UN headquarters in New York.  They would visit to international and human rights NGOs.

The fantasy continues where (Jewish) Hollywood will produce a movie about her, and the Zionist lobby will push the movie to become a megahit.  The film would receive an Oscar, and so the world will know who about the Israeli woman killed by the Palestinians. 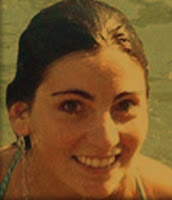 Of course, in reality quite a few Jews have been killed by Palestinian stones. These include Esther Ohana, 21.

Ohana was going to be married a week later.

No Hollywood movies were produced about Ohana’s life.

Nor were movies made about Adele Biton or Yonatan Palmer or Yehuda Shoham, all of them killed when they were babies.

But Arabs seem to know that Hollywood creates films at the pleasure of the Israeli government.