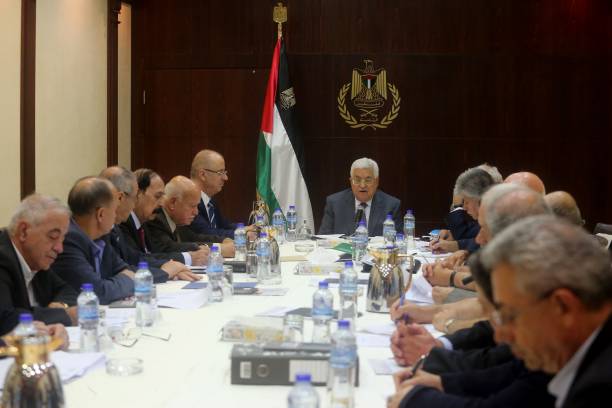 Al Resalah  reports that two main competing groups have emerged in Fatah that are fighting to take over when Mahmoud Abbas is gone.

The first is led by Jibril Rajoub, currently the secretary general of Fatah’s Central Committee and head of the Palestinian Olympic committee. Rajoub is supported by a number of prominent Central Committee members such as Jamal Muheisen and Rawhi Fattouh and a number of leaders of the Revolutionary Council.

The other group is led by Hussein Sheikh, head of the General Authority of Civil Affairs and previously minister for the coordination of civil affairs, the main contact with Israeli security. He is  strongly supported by the Director of General Intelligence Major General Majed Faraj.

According to the report, the Sheikh team has been trying to sabotage Rajoub’s reputation, especially around Hebron where he is from.

Meanwhile, Sheikh seems to have weathered a sexual harassment and coverup accusation from 2012. He is also supposedly trying to sideline others who want to succeed Abbas, including Mahmoud Aloul, deputy-chairman of Fatah’s Central Committee and apparently Abbas’ choice as his heir.