There were a number of articles over the past couple of weeks as famous anonymous artist Banksy opened up a politically charged hotel in Bethlehem.


The three-storey hotel, its low-lit bar and restaurant decorated like a British colonial clubhouse but with ironic works by the artist covering the walls, was unveiled two weeks ago but has only now opened to overnight stays.


There are 10 rooms, ranging from a budget barracks-style accommodation for backpackers to a presidential suite that can sleep six. None of the rooms has a view — all of them look out on Israel’s five-meter, graffiti-covered concrete wall.

The Daily Beast took lots of photos of the hotel, including this one of a hotel museum with this caption:

Let’s take a look at these famous posters in the Banksy Museum of Palestine. 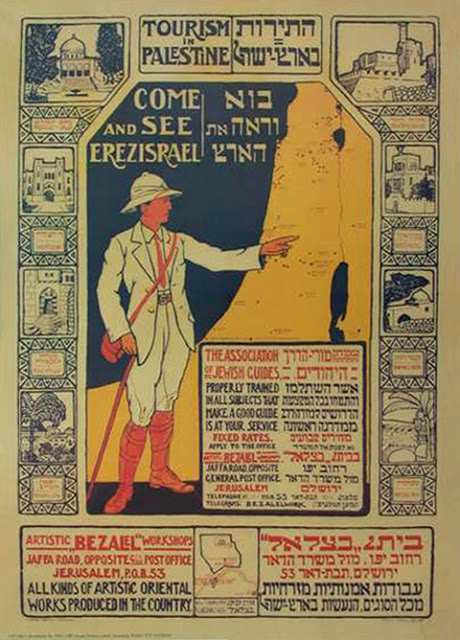 This is obviously a Zionist poster, designed and published at the Bezalel Academy of Arts and Design in 1929. 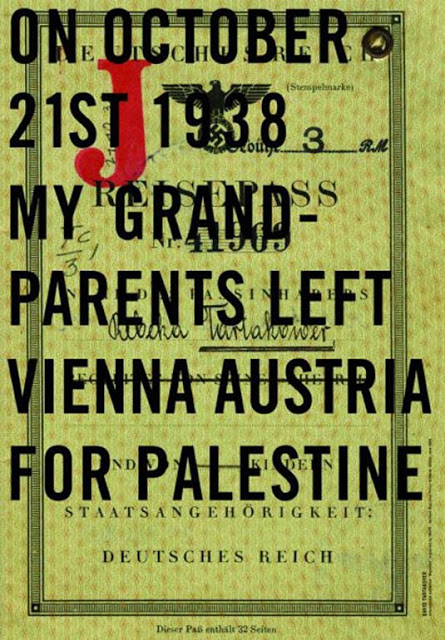 In 2009, David Tartakover, an Israel Prize laureate, took the first page of his grandfather’s passport and printed the following words on it, in English: “On October 21, 1938, my grandparents left Vienna, Austria, for Palestine.” The passports of David and Rebeka Tartakover bore the swastika and the letter “J,” in red, identifying them as Jews.’

He submitted this as an entry for a poster exhibit in Greece and it was turned down for being too controversial.

It is obviously a Zionist poster. 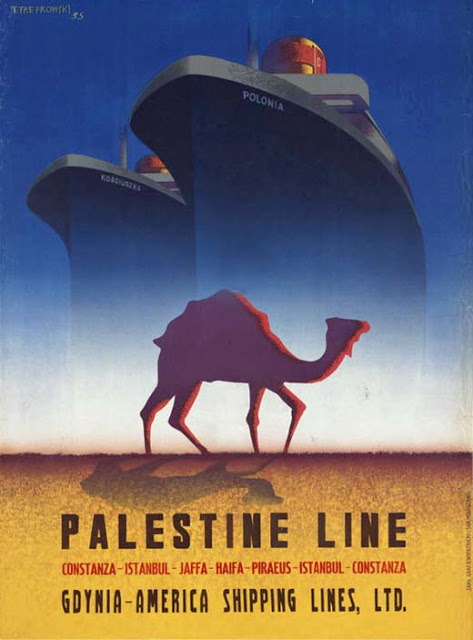 This was a poster for a shipping line that happened to go to Palestine. Nothing particularly “Palestinian” about it except for the romanticized camel, which is a Western concept of the area more than anything that reflected reality. 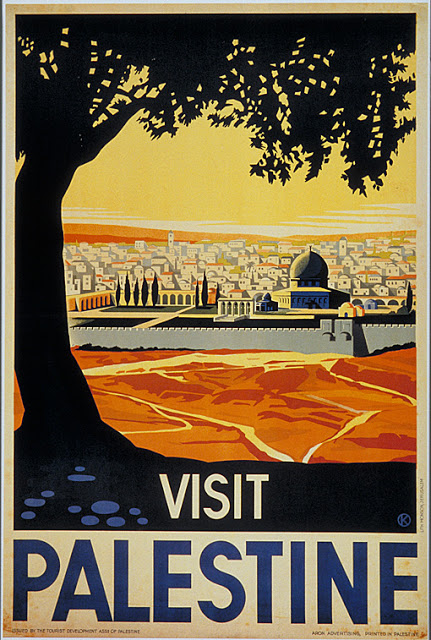 A famous Zionist poster from 1936 that has been hijacked by the Palestinian Arabs for years. 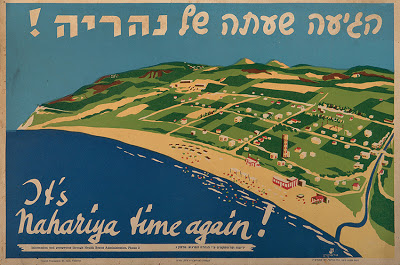 Another Zionist poster advertising the beach at Nahariya, 1938. 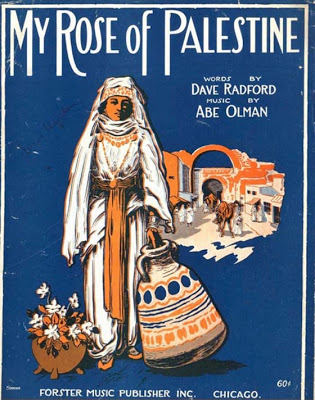 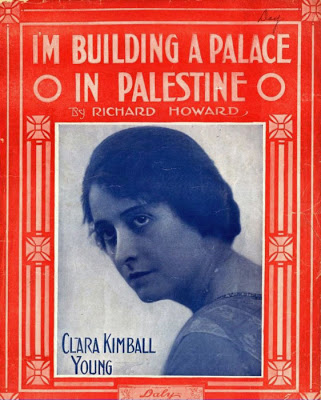 These are illustrations that accompanied sheet music for two novelty songs from the 1910s. The lyrics show that the authors were just using “Palestine” as an exotic place name; the “Building a Palace” song is about a girl named Alice, which is hardly an Arab name.

The composer of “My Rose of Palestine” was Abe Olman, originally Abraham Olshewitz,

None of the posters in this museum are remotely Palestinian Arab. But then there is this one: 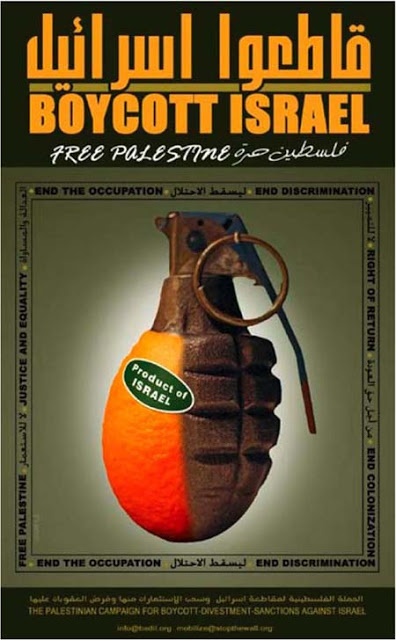 An original BDS poster from 2005, with a violence motif.

So of all the posters in Banksy’s museum that we have photos of, almost all are either Zionist posters from the 1920s-1930s and kitschy representations of “Palestine” from American songwriters. Only one is actually Palestinian Arab – and that one doesn’t celebrate Palestine but is simply anti-Israel agitprop.

Banksy is pro-Palestinian and a gifted artist, yet his art museum of posters from “Palestine” show only that the Jews are the ones who have an emotional connection to the land, and that the Arabs’ only interest is to get rid of the Jews.

This may be the most accurate thing about Banksy’s hotel.