There are no heirs left to the Camondo name, but the tragedy of this Ottoman banking family transplanted to a splendid villa on the rue Monceau in Paris, whose last assimilated descendant Beatrice and her family were murdered in Auschwitz, has a lesson for today, claimed Rabbi Benjamin Goldschmidt in his Rosh Hashana sermon. Here it is reproduced in Medium magazine: (with thanks: Lily)

Walk into the home, and find yourself facing a grand sweeping staircase, then a magnificent dining room overlooking manicured gardens. It’s a dizzying experience: The furniture, the paintings, the porcelain. Count Moise De Camondo, heir to a vast Jewish banking fortune, amassed one of the greatest collections of French artistry of the 18th century, including a table covered by petrified wood that once belonged to Marie Antoinette and silverware commissioned by the Empress of Russia Catherine the Great. Moise and his cousin Isaac were early supporters of the French Impressionists, including Manet, Cezanne, Monet and Degas (even though he was an ardent anti-Semite). Isaac donated his collection to the Louvre (the museum curators were at first “horrified” by the radical artwork, and locked the paintings away).

The Camondo brothers were board members of the Louvre; Moise hosted the museum’s board meetings around his dining room tables on Rue De Monceau. If that does not sufficiently describe Moise’s social status — in 1891, Moise married Irene Cahen d’Anvers, daughter of Louis Cahen d’Anvers, one of Europe’s wealthiest Jewish bankers and owner of the bank today known as BNP Paribas. The Cahan d’Anvers family had a tradition that they are descendants of King David. Irene was immortalized by Renoir, who was commissioned to draw her in 1880, in a painting titled “Little Irene”. 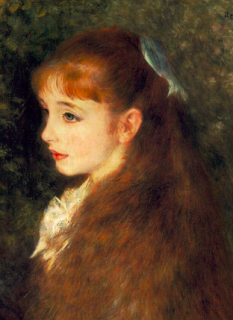 But as we walked through this palace, I did not see not one mezuzah, menorah, kiddush cup, Shabbat candles…. Our curiosity was growing by the minute — who were these Camondos, really? Abraham Salomon managed to become a leading financier in the Ottoman Empire, earning the name ׳the Rothschild of the East’. He became an advisor and confidant of the Grand Viziers, Sultan Abdulmecid I and Sultan Abdulaziz. He helped finance the Crimean War, and was essential in helping the Ottomans implement the tanzimat reforms that were supposed to modernize, consolidate and strengthen their empire.

Abraham Salomon was knighted by Emperor Franz Joseph, and later attended his wedding in Vienna in 1854. After the reunification of Italy, in recognition of his philanthropy to various Venetian causes, King Victor Emmanuel II conferred upon him the title Count on the 28 of April 1867, with the privilege of transmitting it in perpetuity. ; But Abraham understood that being the wealthiest of the 800,000 Jews living in the Ottoman Empire was not merely a privilege — it was a responsibility. 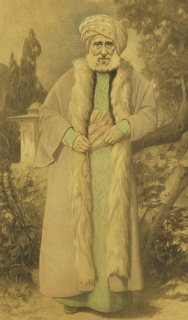 He served almost continuously as the president of its Consistoire since its founding. He built Jewish day schools, hospitals, and welfare organizations especially for the impoverished Jews living in the Peri Pasha neighborhood in Istanbul. He even got into a major fight with ultra-Orthodox rabbis because of his support of the building of Alliance Jewish day schools that intended to teach Turkish and French in addition to tradition. They feared the assimilation that may follow. (Every great Jewish leader has to get into a fight with rabbis at some point in their career.) Abraham eventually opened his own synagogue. In 1840, during the Damascus blood libel which accused 13 prominent members of the Jewish community for murdering a Christian child for his blood — Abraham Salomon hosted Sir Moses Montefiore and helped persuade Sultan Abdulmecid I in Constantinople, to issue a firman (edict) on 6 November 1840 to declare the libel as slander against Jews and to be prohibited throughout the Ottoman Empire.

Abraham’s only son Raphael died young, leaving his two sons Abraham Bechor and Nissim. The grandsons joined the family business — which by then had helped finance the Suez Canal — and expanded their grandfather’s banking and real estate activities to Paris in 1868, relocating the bank to Rue Lafayette. The brothers bought adjoining homes 61 and 63 on Rue de Monceau.

They built the home to include a family chapel that was adorned with their grandfather’s Judaica they brought from Constantinople, a collection which included Torah crowns, menorahs, yads, and even a Torah scroll with the inscription: “This case and its Torah scroll belong to the famed, esteemed, superb, lordly, influential, Prince of Israel, R. Senor Abraham of the Camondo lineage; may G-d protect him; may the Lord grant him the privilege of fulfilling all the commandments of the Torah, Amen, year 5620 of the Creation.” (1860)