Has Sigal Samuel of the Forward had a Eureka moment? As a ‘Mizrahi ‘ Jew she has always defined herself as non-white, in opposition to Ashkenazi ‘whites’. Under pressure from Donald Trump and his ‘white supremacist’ supporters, Ashkenazi Jews are being pushed into joining her in that space, she claims. But well before Donald Trump Jews in Europe were being rejected as ‘oily Levantines’ who should go back to Palestine*. Or are these ethnic categories, borne of an obsession with identity politics, simply absurd? 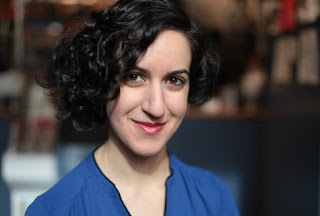 “I have lived for 26 years under the illusion that I am unconditionally white…. Recently I have started looking at my face and going, ‘Oh man, do I look too Jewish?’” Sydney Brownstone, the reporter who voiced this question in a recent Blabbermouth podcast, is not alone in wondering this. Many Ashkenazi Jews who have always assumed that they’re white are noticing that they’re not white enough for Donald Trump’s white supremacists. Suddenly, they’re asking themselves: Wait, how white am I, exactly?

To tackle this question, try a little visualization. Picture all American Jews arranged along a spectrum. On one end are the Ashkenazi Jews who identify as white and get coded as white by society. On the other end are the Jews of color who can never pass as white: black Jews, Chinese Jews and others who get read as non-white on the street. In the middle of the spectrum are Sephardic and Mizrahi Jews, who sometimes pass as white and sometimes don’t.

As a Mizrahi Jew — my ancestors come from India, Iraq and Morocco — I inhabit that ambiguous middle space. For a long time, it’s been a lonely place to be, since Ashkenazi is Judaism’s default setting in America. It’s also been massively confusing, since I often reap the privileges of being white-passing, even as I get selected for “random additional screenings” by the TSA or for “Where are you really from?” queries from strangers on the street.

But here’s how I think about what’s happening now: Ashkenazi Jews are increasingly getting pushed into the middle space with me. The ascendant discourse of white supremacy, which posits that Jews are not “pure” whites, has thrust them into this space — a space where the lines of your identity are perpetually blurry, where a sense of racial belonging constantly eludes you, and where the category of whiteness is always already in crisis, because your inability to situate yourself cleanly inside it (or cleanly outside it) shows how logically incoherent the category must be.

*The Israeli writer Amos Oz famously recalls: ” When my father was a little boy in Poland, the streets of Europe were covered with graffiti, “Jews, go back to Palestine.”