Palestinian news site Al Hadath says that a private WhatsApp message from an Israeli archaeologist was forwarded to them showing pictures of courses of stone underneath the Western Wall that had been hidden for 1670 years: 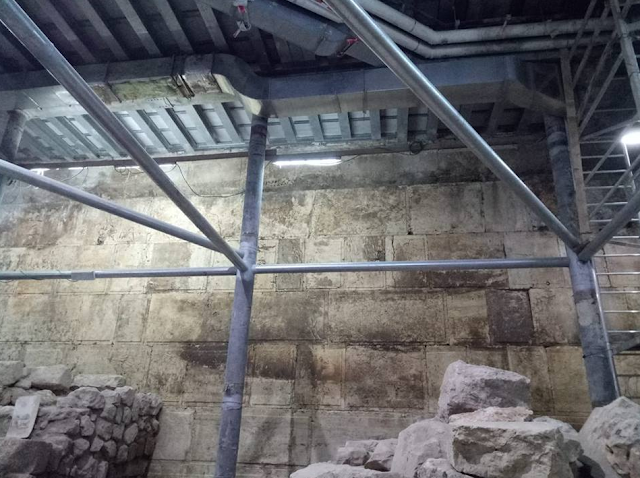 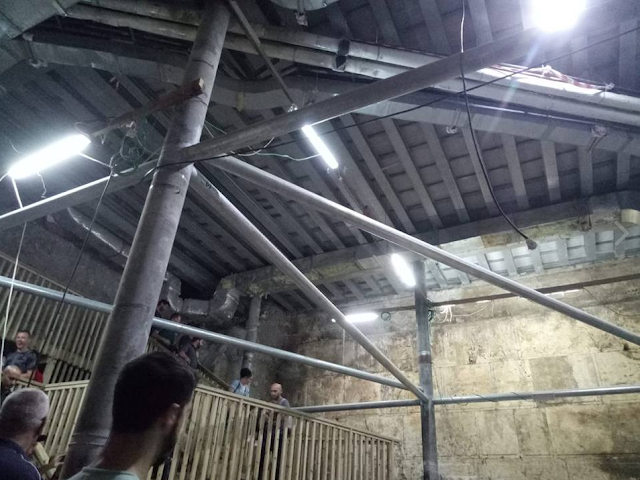 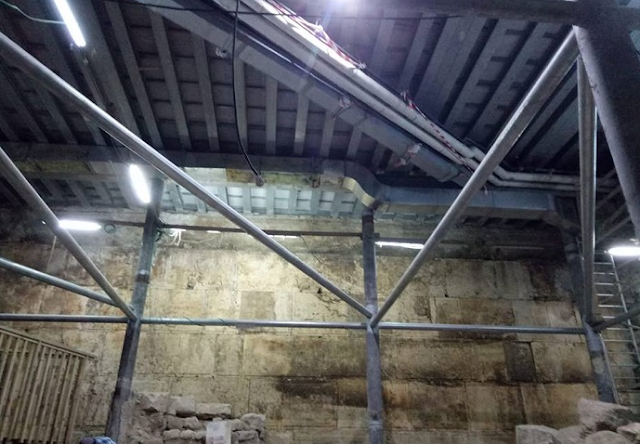 The WhatsApp message says that these finds are not yet public and are directly beneath the Western Wall plaza we know of today. 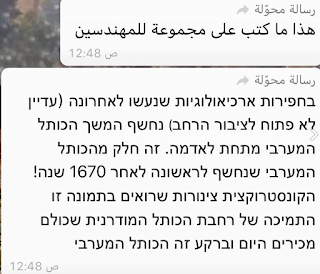 This seems likely to be an extension of the excavations under Wilson’s Arch revealed last year that uncovered what appeared to be a Roman theater.

It appears that the message was sent to a group of archaeologists and an Arab was a member of the group; he forwarded it to the deputy chairman of the virulently antisemitic Islamic Movement in Israel, Sheikh Kamal al Khatib, who posted it on his Facebook page.

Al-Khatib warned that these excavations endanger the Al Aqsa Mosque.