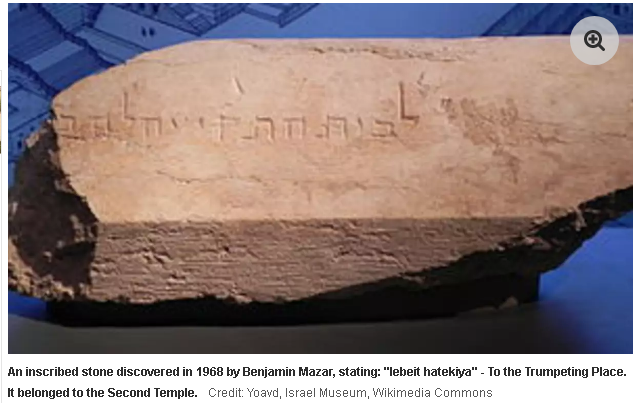 One of the more outlandish lies that one sees often in Arab media is the claim that  there is no hint of Jewish history in Jerusalem, and the ties between Jews and Jerusalem are all of recent vintage and false.

I’ve seen many articles, including one today from AlGhad.tv, that say as a fact that Israeli archaeologists have never found a single stone in Jerusalem that testifies to an ancient Jewish city there.

Jewish archaeologists unanimously agree that there is no Jewish impact in Jerusalem, despite the years spent by the Israeli occupation authorities in searching for Jewish monuments in the city, through excavations on the outskirts of the city, to prove their Jewishness….The results of the excavations that took place in Jerusalem since 1964 until today, confirmed the facts that all historical and archaeological sites are of churches, mosques, houses, schools, monasteries…No trace of the reign of David or Solomon or the kings of the children of Israel can be found within the walls of Jerusalem.

This theme has been around for a while. In 2016, in the official Palestinian Authority newspaper, a columnist wrote:


All of their news is a crime or lies… I challenge them daily to bring me one Jewish archaeological remnant from Jerusalem, or to show us a rock from the alleged Temple.

The irony is that they say this in context of Jews fabricating history.

Even Yasir Arafat claimed at Camp David that the Jewish Temples were not in Jerusalem, but in Nablus.

Even the Arabs know they are lying. Plenty of Muslim literature before 1967 freely admits the existence of Jewish Temples in Jerusalem. 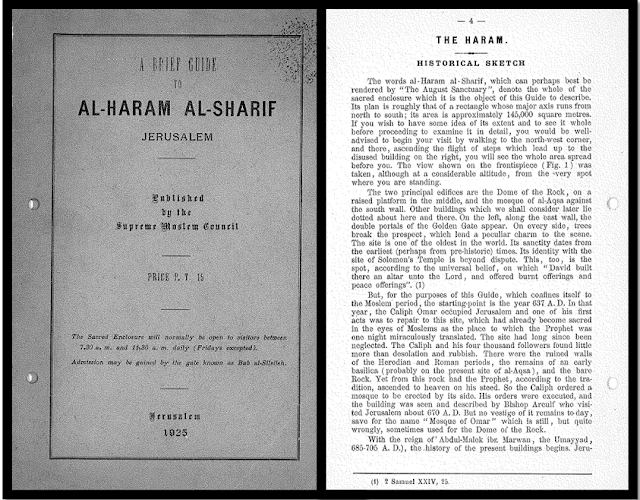 There is not a single Israeli archaeologist who doubts that the two Jewish Temples were in Jerusalem, even the ones who say that the Kingdom of David was much smaller than the Bible says. From Haaretz in 2015:

Was there once a great Jewish temple on Jerusalem’s Temple Mount? Yes. Does any scholar genuinely doubt there was? No, say archaeologists who have spent their lives studying Jerusalem. “I feel stupid even having to comment on it,” says Dr. Yuval Baruch, a leading Israeli archaeologist who has studied Jerusalem throughout his career. “Demanding proof that the Temples stood on the Mount is like demanding proof that the ancient stone walls surrounding Jerusalem, which stand to this day, were the ancient stone walls surrounding Jerusalem,” he adds.

As Prof. Israel Finkelstein, a world-renowned expert on Jerusalem archaeology, spells out in an email to Haaretz, “There is no scholarly school of thought that doubts the existence of the First Temple.”
Concrete finds definitively from the Temple exist in abundance, says Bar-Ilan University Prof. Gabriel Barkay, an archaeologist who has spent many years working in Jerusalem, and the area of Temple Mount in particular.

“Two copies of inscriptions prohibiting the entry of nonbelievers to the Temple have been found on Temple Mount, which Josephus wrote about. These inscriptions were on the dividing wall that surrounded the Second Temple, which prevented non-Jews from accessing the interior of the [Temple] courtyard,” Barkay says, adding that both were written in ancient Greek. The “warning” stone, which is at the Istanbul Archaeological Museum, warns non-Jews of the perils of entering the sacred Temple. There were additional, similar inscriptions in Latin, he says.

Another inscription in stone, “To the trumpeting place,” was found in 1968 at the southwest corner of Temple Mount. “It is known that trumpets were blown at the corners of Temple Mount, to declare the advent of Shabbat and other dates,” Barkay explains. Josephus, the ancient historian of ephemeral loyalties, explains that it was customary for a Temple priest to “stand and to give notice, by sound of trumpet, in the afternoon of the approach, and on the following evening of the close, of every seventh day.” The stone is now at the Israel Museum.

Further concrete evidence attests to Jerusalem’s uniqueness in religious observance. “The ancient city of Jerusalem at the time of the First Temple was clearly a hub of ritual worship,” says Baruch, who heads the Israel Antiquities Authority’s Jerusalem district. “The hundreds of mikvehs [ritual purification baths] found around the Temple Mount compound and Jewish artifacts made of stone found there show that until the Temple’s destruction, at least, Jerusalem was an ‘ir mikdash’ [holy city], where what matters is the house of worship. Athens and Olympia were like that, too.” 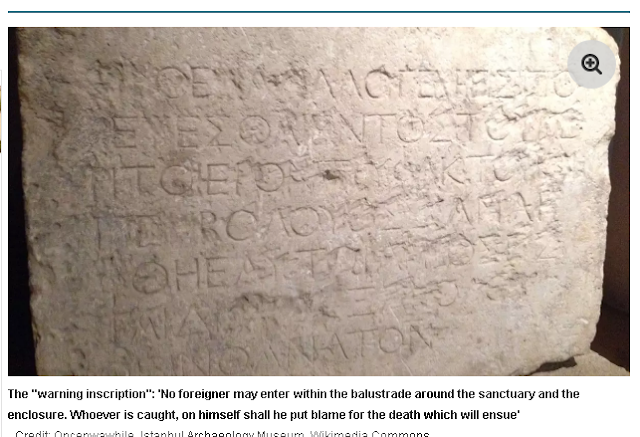 A relatively recent addition to this lie is the idea that the ancient Jews didn’t go to Israel, but to Yemen, which is really the land that they conquered, and that their Jerusalem is there.

It doesn’t take an expert psychologist to understand that the Arabs feel they must deny Jewish history in order to deny Jewish rights to Israel. Truth is not important; only the narrative is.