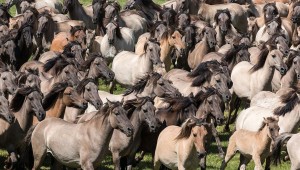 Tel Aviv, May 21 – Document leaks from within an Israeli intelligence organization revealed this week that longstanding animosity from surrounding Arab states, by those states’ own accounts an expression of opposition to Jewish sovereignty on land they consider Arab Muslim, in fact occurs as the intentional product of a secret Israeli propaganda campaign to prevent people from those neighboring countries from wanting to get to the Jewish state to escape the oppression and misery they face in their own lands.

Journalists obtained documents on Wednesday that appear to describe a decades-old program to fan the flames of anti-Israel sentiment in neighboring states, through measures that appear to mesh seamlessly with those countries’ own official propaganda, but in fact are calculated to maintain a level of Israel-hate in those populations high enough to ensure that residents of those Arab countries never consider escaping to Israel to enjoy freedoms and rights they could never experience in their native lands.

Selections from documents from the Mossad, among with at least one other organization that does not officially exist, reached reporters yesterday, documents that refer to an initiative called Operation Repulse. Sketchy details from several of the documents point to operations going back at least to 1965 in which government-controlled media in Lebanon, Syria, Jordan, Egypt, Iraq, Libya, Tunisia, Algeria, Morocco, Sudan, Pakistan, Iran, Yemen, and at least four other countries not named directly, were co-opted or deceived into exaggerating anti-Israel sentiment beyond the level each respective regime had prescribed. Unsuspecting broadcasters, publishers, pundits, and other figures in those countries played into Israel’s scheme to make the Jewish state such an unappealing place in Arab eyes that few fugitives from those lands would aim for refuge or absorption there – despite Israel’s comparative freedom, prosperity, tolerance, and general welfare, a gap that has only increased through the decades. Israeli leaders feared becoming overwhelmed by Arab refugees whose sheer numbers would negate the country as a Jewish state, the only one in the world and thus the only guaranteed refuge for Jews themselves fleeing persecution.

Political and bureaucratic superiors of the Arab figures carrying the overstated vitriol seldom suffered for their apparent excess gusto in conveying it to their audiences; in at least four documented cases those figures found career advancement as a result of what their superiors interpreted as welcome enthusiasm for the task at hand.

Security officials declined to comment or to answer questions whether Repulse has continued into the twenty-first century, even to today, but one acknowledged that it became increasingly difficult to generate the level of hate necessary to stay unwelcoming in Arab eyes as Israel’s economy, culture, safety, and stability surged in the last thirty years.