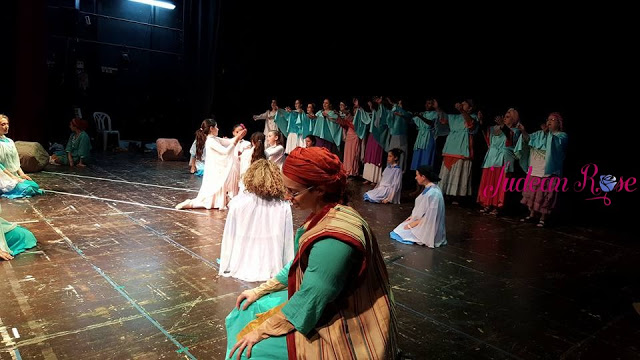 It is a terrible time in Israel. Arabs are setting fire to our land, our forests, our homes. This cruel occupier of Jewish land plagues us much as God plagued the Egyptians. But instead of hail; locusts; water turned to blood (and etc.), there are rocks; firebombs; missiles; shootings; knives; car rammings; suicide bus bombers; just plain people blowing themselves up in a crowd; and (just now) arson.
The arson has, thank God, not taken any lives. But it hurts almost as if it had. Every tree, every home, every precious school or photograph is a loss. My country is burning. And it is happening by design, by intention. By someone who has no respect for the land, nor love.
Growing up in America, I attended a Jewish day school. We had a class once a week on the laws connected to the Land of Israel. I remember being very impressed to learn that it is not allowed to litter in the Land of Israel, because it shows disrespect for the land. The exception being biodegradable material that would compost itself and become part of the land itself.

They Kiss The Soil

From my perspective, there was and is a vast difference between not littering because you respect the law of the land, and not littering because you love the land. To Jews, the Land of Israel is holy and beloved. When Jews arrive in the land, they bend and kiss the soil.
There is a symbiotic relationship between Jews and the Land of Israel. It is the only place we are whole. Eretz Yisrael, the Land of Israel, is the only place where, according to Maimonides (Rambam), Jews can properly execute the 613 commandments (mitzvot). Outside the land, said Rambam, mitzvot don’t count.
When I do a spot of gardening around my home, there’s something special about it because I know I’m working in holy soil. It almost feels as though the land were vibrating under me and between my fingers, as I plop seeds into the ground, or weed. There’s something about the smell of the soil that is more fertile, more fecund somehow than the soil in say, Pittsburgh, or Detroit. The sky above is different, bluer, closer somehow. The air is not the same. It feels alive, a thing that moves and breathes.

Here is something I know deep down: when you make a seed grow in holy soil, it is an act of love.
Sometimes I’ll be walking outside and I will say to myself, “I love Israel. I just love this place so much.”
And sometimes I’ll even say it aloud. If I’m with a girlfriend at the time, dollars to donuts she will answer, “I love Israel!” and she will mean it, too. As if we were competing. Competing to see which of us loves the land more. And we will have to agree to agree to a tie out of sisterly (Jewish) love for each other and for the land.
Now, I loved and still love my hometown. It was good enough for three generations of my maternal family. But I cannot recall feeling this kind of love for Pittsburgh, the kind that zings you in the heart and makes your spirits soar toward the heavens thanking God for this gift.
The gift of the land.
As it happens, just now I’m in a musical by and for women called Count the Stars. It’s about the journey of Abraham and Sara to the Holy Land. My dear friends Sharon Katz and Avital Macales wrote this play, drawing on the words of the bible. There’s one particular scene I’m in called Lift Up Your Eyes that gets me every time. We are a choir representing the voice of God’s angels singing (in gorgeous harmony and accompanied by harp) the words of Genesis 13:14-17 (and Sharon Katz):
Sa na einecha ure’ei. Lift up your eyes. Lift up and see!
Min hamakom asher ata sham. From the place where you are.
Tzafona ve’negba ve’keidma ve’yama. North, South, East, West.
Ki et kol haaretz asher ata roeh le’cha et’nena ule’zaracha ad olam.
All this land you see I give to you and your descendants forevermore.
Vesamti et zaracha ka’afar haaretz. I will make your seed like the dust of the earth.
Asher im yuchal ish limnot et afar haaretz, gam zaracha yimane.
If one can count the dust of the earth, so your seed will be counted, too.
Kum hit’alech  baaretz le’orka ule’rochba, ki le’cha et’nena.
Arise and walk this land, its length and its breadth. To you I give it all.
I sing those words and think: Is there anything else to say? Anything else in the entire world?
“To you I give it all.”
This right here is an eternal covenant. One that is all about love and completion. It cannot be erased by talking heads at the UN or in the White House. It doesn’t care about Camp David or Nobel Prizes. It’s in the bible and in the Quran, where, the Jews are referred to as Bani Isra’il (the Children of Israel, Bnei Yisrael).
Pick a language, any language, any holy book, it will say the same thing. The Jews are the Children of Israel.
And yet we are set upon by a cruel occupier, one who does not love the land. Does not feel it breathe and vibrate. Callously sets fire to beautiful trees that give shade, fruit, hold the land in place.
This cruel occupier wants only to rape and despoil. To destroy that which belongs to someone else, so that someone else won’t have it. Namely, the Jews.
The people who set fire to Jewish land, has no room in its heart to love the land or to interpret the Quran in a way that is at all sympathetic to the people who do: the Jews, the Bani Isra’il.
The goal of the arsonists comes from hate. Their hatred is as much a part of them as my love for the land is a part of me. They are a people who must hate and hate and hate until they can find their way to something else. If they can find their way to something else. And that’s a choice.
Always a choice.
Their hatred, the hand that sets a match to a fruit tree, to a home, something that someone built or grew, each time it happens it’s a choice someone made to hate and destroy. Each person has the right to choose which path of the heart to travel. To love or to hate. To create or destroy.
This way or that. Collectively, separately.
It’s a choice. Hate, love. Love, hate.
Pick one.
They have chosen. They chose the path of hate. And with their hate they continue to destroy. Nothing can satisfy or slake their thirst for yet more hatred, more destruction. This is the journey they chose and choose, this instead of that, with every act of terror.
But they will never make us leave this land. No matter what they do. No matter how much they hate and destroy.
So I say to them, “Take it in. Take it into the very pores of your skin.
“Then read this and read it again and yet again until it is etched on your hearts: it is not the settlements, not the building of Jewish homes on Jewish soil that prevent peace, but the burning them down.”
Peace, you have to know, cannot exist in the same space as hate. Peace is the absence of hate. And this too, the act of absenting hate from the heart, is always a choice.
I chose and choose a different journey. We, my people, chose and choose the path of love.
We chose to make things grow, to build. And so will our children, their children, and the children of their children.
Forevermore.
(feature photo credit: Sharon Katz)