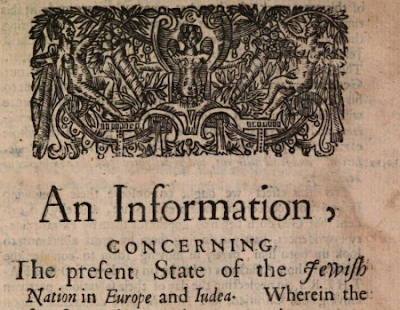 From the NYT (I am not going to fisk the article itself, which is biased towards BDS in unreal ways:)

President Trump plans to sign an executive order on Wednesday targeting what he sees as anti-Semitism on college campuses by threatening to withhold federal money from educational institutions that fail to combat discrimination, three administration officials said on Tuesday.

The order will effectively interpret Judaism as a nationality, not just a religion, to trigger a federal law penalizing colleges and universities deemed to be shirking their responsibility to foster an open climate for minority students, according to the officials, who insisted on anonymity to discuss the matter before the announcement.

…The order to be signed by Mr. Trump would empower the Education Department to go further. Under Title VI of the Civil Rights Act of 1964, the department can withhold funding from any college or educational program that discriminates “on the ground of race, color, or national origin.” Religion was not included among the protected categories, so Mr. Trump’s order will have the effect of embracing an argument that Jews are a people or a race with a collective national origin in the Middle East, like Italian Americans or Polish Americans.

The criticisms of this are truly insane. People are saying that defining Jews as a nation is antisemitic, that it means that Jews aren’t fully American, that it can result in eventual expulsion of Jews from the US. Each hot take is more insane than the previous one.

First of all – Jews have always defined ourselves as a nation. I tweeted a few examples: 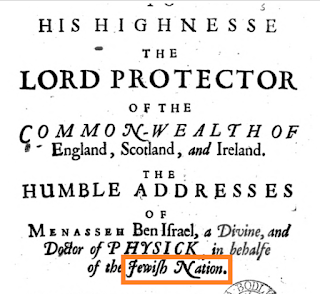 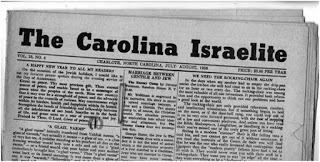 Saying that Jews are a nation or a people is not controversial. It is a fact that everyone has recognized for millennia. (The picture on top was from a 1658 book.)

Is calling the Jewish people a “nation” the first step towards saying they are not Americans? The idea is utter nonsense. Title VI literature shows that it protects students of Indian, Korean, Chinese or Mexican origin – does that mean that Korean Americans are in danger of being considered less than American? Have you seen any protests by Indian Americans demanding that they should not be considered having a shared “national origin” under Title VI?

It doesn’t take too much thought to realize that this is unfair, arbitrary and discriminatory against Jews (and Muslims.)

Everyone knows this. This is why the Department of Education has been increasingly liberally interpreting the regulations to include virtually all examples of discrimination against Jews, Muslims and Sikhs, based on their being perceived as being part of a national group.

A Department of Education letter from 2010, under the Obama administration, explains:


[A]nti‐Semitic harassment can trigger responsibilities under Title VI.  While Title VI does not cover discrimination based solely on religion, groups that face discrimination on the basis of actual or perceived shared ancestry or ethnic characteristics may not be denied protection under Title VI on the ground that they also share a common faith.  These principles apply not just to Jewish students, but also to students from any discrete religious group that shares, or is perceived to share, ancestry or ethnic characteristics (e.g., Muslims or Sikhs).  Thus, harassment against students who are members of any religious group triggers a school’s Title VI responsibilities when the harassment is based on the group’s actual or perceived shared ancestry or ethnic characteristics, rather than solely on its members’ religious practices.  A school also has responsibilities under Title VI when its students are harassed based on their actual or perceived citizenship or residency in a country whose residents share a dominant religion or a distinct religious identity.

This is a partial solution, but it doesn’t protect Jews from being discriminated against for Jewish practices that can be considered purely religious and not national or ethnic in nature. If I’m understanding it correctly, a Jew who needs to take time off for Jewish holidays, or who refuses to participate in a food-based activity because of kosher rules, is not protected under Title VI. (Title VII protects employees from religious discrimination, but not students. And in reality, most schools are sensitive to antisemitism. But they are going above and beyond Title VI.)

Recognizing that Jews are part of a nation fixes this issue, and it allows Title VI to apply to all kinds of antisemitism without having to resort to the strained interpretations of the 2010 letter.

The critics are literally arguing to protect antisemitism in colleges and schools – all because they hate Donald Trump and wan to call him an antisemite.