Now that he’s no longer the vicar of Virginia Water, Stephen Sizer, CEO of the so-called Peacemaker Mediators organisation, has no diocesan overlord to rein him in.

And as the centenary of the Balfour Declaration draws ever closer, our old friend is keenly posting anti-Israel material. 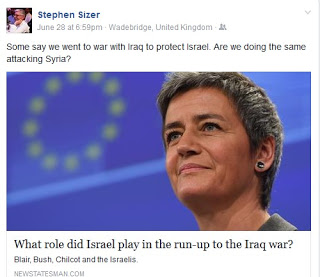 It’s sparked some lively discussion between our old mate and his friends, who include this chap Cozzens, who’s contributed the following: 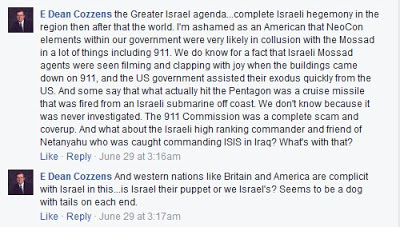 A skim of his Facebook page shows that Cozzens, who frequently comments on Sizer’s posts, is unlikely ever to be mistaken for a Judeophile.  In fact, with this unpleasant introduction, he has in the past 24 hours linked on that page to an article that invokes that antisemitic forgery “The Protocols of the Elders of Zion”. 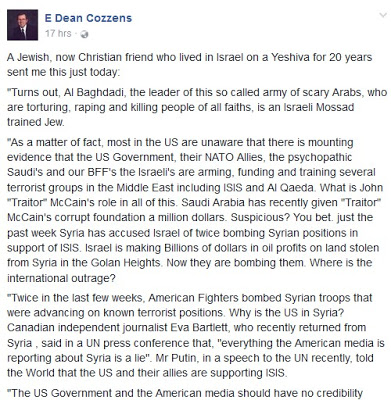 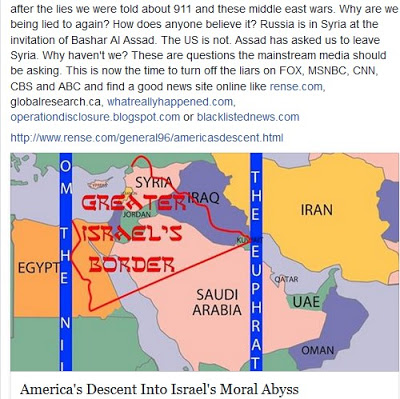 Surely, in view of his own notorious brush with the “Israel did 9/11” trope, Stephen Sizer should long since have given a Facebook friend and commentator like this (and Cozzens is not the only one) the old heave-ho.

How about it, Mr Sizer?  Surely you and the rest of the Peacemaker Mediators are not unconcerned at that body’s CEO being seen in such company?