Here are the NYPD statistics on anti-Black, anti-Muslim and anti-Jewish hate crime complaints since 2017, the first year the NYPD started keeping these statistics. 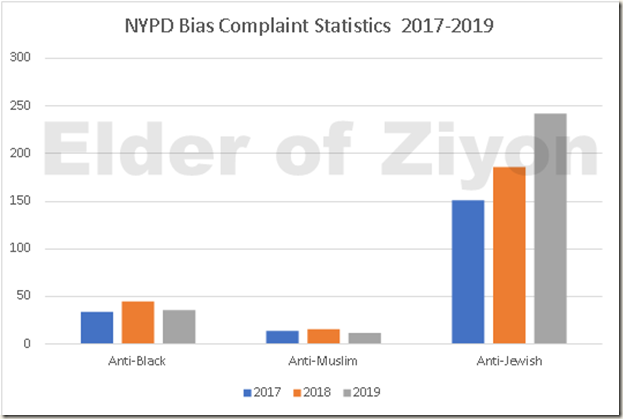 And here are the statistics for arrests for hate crimes by motivation: 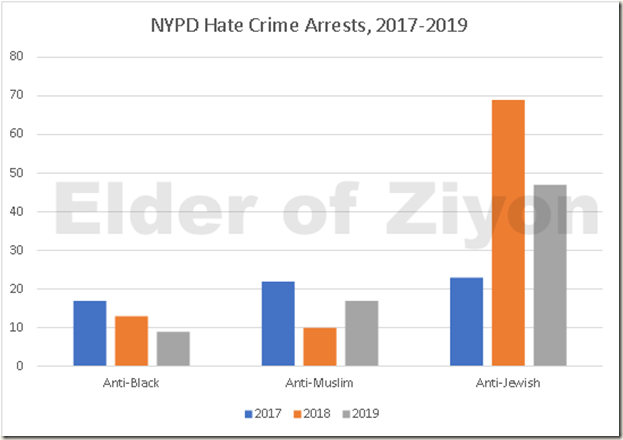 One has to be careful to draw direct conclusions from these. It is possible that blacks do not report anti-black graffiti nearly as often as Jews might report antisemitic graffiti, for example. But one cannot escape the impression that antisemitic incidents are downplayed compared to their frequency.

Does this mean that there is systemic antisemitism in New York? I don’t think so, but the word “systemic” is being batted around a lot nowadays as if it is obvious, and these statistics indicate that antisemitism is more prevalent and widespread in New York than any other bias by any measure.

In fact, anti-Jewish crimes come from all corners – some years there are more white attackers, some years more black ones. Last year 13% of the antisemitic crimes were done by Asians, but zero from Hispanics (who one would think would have identical grievances as Blacks do against Jews.)

That is equal opportunity hate.