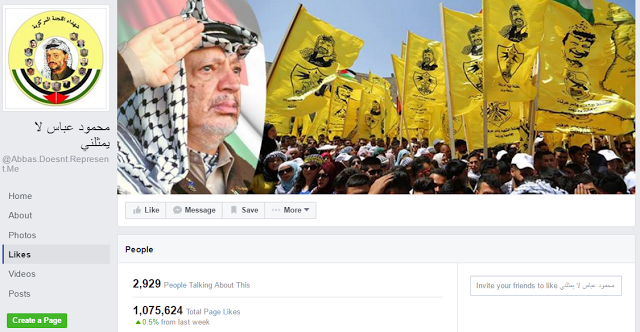 The Arabic Facebook group “Mahmoud Abbas does not represent me” now has over a million “Likes.” It gains another 5000 members every week.

The page uses photos of Yasir Arafat in its header. 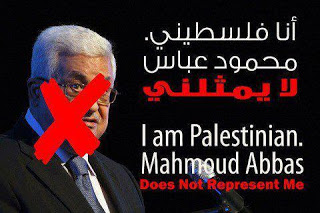 The group has revealed a number of cases of corruption by Abbas and his cronies.

But the main criticism of Abbas is that he is not militant enough for the Palestinian Arabs.

While it is impossible to know how many of the million actually live in the territories, this is yet more evidence that Abbas has little support among his own people.

An article with the same name, “Abbas Does Not Represent Me,” was written in the wake of his attending Shimon Peres’ funeral. None of the commenters disagreed with the author’s contention that Abbas is little more than an Israeli lackey.