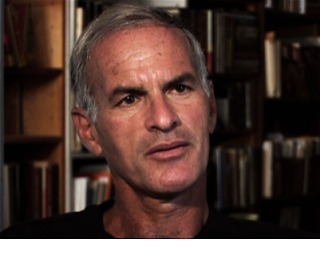 FB & Twitter have announced that they will ban Holocaust denial from their platforms.  In a forthcoming book, Cancel Culture, Academic Freedom, and Me, I argue that Holocaust denial should be taught in university and preferably by a Holocaust denier.

That chapter is online at his website.
In a nutshell, Finkelstein’s argument is that, based on John Stuart Mill’s “On Liberty,” distasteful opinions should never be suppressed. Holocaust deniers perform a valuable service of holding Holocaust historians’ feet to the fire to prove their version of events – and indeed it has happened on occasion that Holocaust scholars modified their teachings based on valid points of the deniers.

If one is committed to the purity of truth, not just in its wholeness but also in its parts, then a Holocaust denier performs the useful function of ferreting out “local” errors, precisely because he is a devil’s advocate—that is, fanatically committed to “unmasking” the “hoax of the 20th century.” He consequently invests the whole of his being in scrutinizing every piece of evidence, not taking the tiniest detail for granted, passing a fine-tooth comb through each one, and, in his monomaniacal zeal to expose an error, inevitably unearthing one.

By not allowing Holocaust denial, Finkelstein goes on, it allows false Holocaust narratives to be spread by “every Tom, Dick and Moishe pawning himself off as a ‘Holocaust survivor.'”
Finally, Finkelstein says, the university is the best place for Holocaust denial to be taught, so students can see all sides of the issue and determine the truth.
Finkelstein pretends to list and counter every possible objection to this idea, which he knows quite well is incendiary. But he ignores the major objection to Holocaust denial.
The motive of Holocaust deniers isn’t to uncover the truth of the Holocaust. It is to create a world where the genocide of Jews can be repeated.
There is a world of difference between legitimate researchers and bigots who hide behind hundreds of footnotes to push their hate. Finkelstein, for whatever reason, cannot distinguish between overt racist propaganda and historic research. He cannot tell the difference between an antisemitic conspiracy theory and the truth.
If someone would write that there was never slavery in America, it would be obvious what the motive was. Holocaust deniers’ motives are no less obvious – and one wonders whether Finkelstein shares at least some of them.
There is a curious footnote in this essay where Finkelstein all but admits that he cannot distinguish between propaganda and scholarship.

I vividly recall my own deflated sense of intellectual self upon perusing Holocaust-denier Arthur Butz’s The Hoax of the 20th Century. He correctly observed, for example, that it was originally alleged that three million Jews were killed at Auschwitz, and six million Jews altogether were killed. The figure for the number killed at Auschwitz was subsequently scaled down to one million, yet the total figure was still put at six million. How can this be?, Butz rhetorically asked. I had no answer.

He had no answer?
Between five and six million Jews disappeared from Europe from 1939-1945. There were 9.5 million Jews in 1933 and 3.5 million in 1950, although many emigrated after the war. That’s where the number six million came from – not from adding the victims from various camps. Obviously as time went on the scholarship improved, as researchers learned more about the victims of Einsatzgruppen and those killed by starvation or typhus. (Some legitimate Holocaust scholars say that the number of Jewish victims is closer to 5 million than 6.) But the total number of lost Jews wasn’t calculated by adding up all the victims, it was by calculating who was left. (So far, Yad Vashem has managed to list the names of 4.7 million, with plenty of gaps that researchers are trying to fill.)
How can Finkelstein not know this? This footnote by itself proves that he is no scholar.
Not only that, as this episode proves, Holocaust scholars are quite able to modify their own understanding of the specifics over time without the “help” of Holocaust deniers that Finkelstein pretends is so critical to reach the “truth” that he pretends he cares so much about.
Finkelstein cannot distinguish between pseudo-scholarship and real scholarship. Pseudo-scholars just “raise questions” (how could burning airplane fuel bring down huge buildings?)  with the intent to cast doubt on facts for the purpose of pushing conspiracy theories that are usually meant to promote hate (“The Jews did 9/11!”) That doesn’t mean that pseudo-scholars have an equal right to push their lies together with the real scholars’ work.
As far as putting Holocaust denial in college classrooms, that is also an absurd demand. There are an infinite number of lies but only a limited number of classrooms. Why would Holocaust denial be a valid topic for discussion, but not flat-Earth theories, or David Icke’s theory that world leaders are really blood-drinking, shape-shifting reptilian humanoids from Alpha Draconis, or 9/11 “trutherism,” or the Protocols of the Elders of Zion? Finkelstein seems to choose a conspiracy theory that he feels some affinity to as being a topic for legitimate debate.
Finkelstein’s assertion that Holocaust denial needs to be treated more seriously than any other crackpot theory betrays his own deep issues with Jews. It is no coincidence that his two most well-known positions are criticisms of the “Holocaust industry” and of Israel, or that he has expressed admiration for Hezbollah.
By cherry picking his arguments, Finkelstein shows he has a lot in common with the Holocaust deniers he is seeming to defend. Both of them pretend to care only about the “truth” but in fact they have another agenda.
This essay tells us a lot more about Finkelstein than about the pursuit of truth or John Stuart Mill.