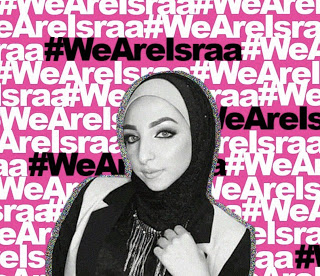 Over the summer, the Palestinian media and social media were seemingly outraged at the horrific “honor killing” of Israa Gharib. Posters were made, hashtags were used, and everyone seemed to agree that there was a major problem that needed to be addressed in Palestinian society on gender-based violence.

But it seems things are now back to normal.

This story from PCHR was barely reported.

On Wednesday afternoon, 06 November 2019, (R. ‘A’. K.) (18), a woman from Deir al-Balah in the central Gaza Strip, arrived a dead body showing signs of torture at al-Aqsa Martyrs Hospital in Deir al-Balah.  Police and Public Prosecution officers arrived at the hospital and opened an investigation.  Next day morning, the public Prosecution referred the body to the Forensic Department in al-Shifa Hospital in Gaza City to identify the death circumstances.  The Forensic Department later said that she has a hematogenic shock due to severe beating that led to cerebral bleed.

The police arrested a relative of the deceased and opened an investigation on suspicions of her murdering.  The investigations are ongoing, but till now did not conclude any results that would identify the reasons and motives.

For some reason, when the victim was murdered by her family, PCHR doesn’t even write her full name – effectively protecting the family from any shame at having killed their daughter/sister.