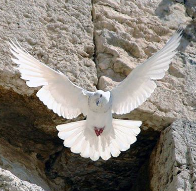 That’s what international relations expert Eugene Kontorowich tells us here, warning us not to believe current widespread  “hype” regarding the so-called “annexation” of the West Bank.


‘…. There  are  many  misunderstandings  about  the  planned  move—starting with what to call it. It is widely described as an Israeli “annexation” of West Bank territory, also known as Judea and Samaria. But annexation has  a  precise  meaning  in  international  law:  the  forcible  incorporation by  one  state  of  the  territory  of  another  state.  The  land  to  which  Israel seeks to apply its laws isn’t legally the territory of any other state, nor has it been since Israel’s independence in 1948. Neither the U.S.  nor the European Union recognizes the existence of a Palestinian state, and Israel’s  sovereign  claim  to  the  territory  is  superior  to  any  other country’s. Putting this move in the same category as Russia’s seizure of Crimea is entirely misleading. 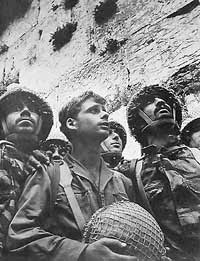 There is no one-word name for what Israel plans to do because it is so  technical  and  pedestrian.  Israel  already  governs  the  territory  in question,  as  it  has  since  1967,  when  it  liberated  the  land  from  a  two-decade Jordanian occupation. But at that time Israel didn’t fully apply its domestic laws there, leaving it under military administration. Israel expected the Arab states to sue for peace after the Six-Day War, and it was prepared to transfer some of the land to them. There was no point in  hurriedly  applying Israeli  law  to  territory  that  might  not  remain Israeli after a peace settlement.The  current  system  of  governance  was  intended  to  be  temporary, but  Israel  retained  it  during  decades  of  negotiations,  all  of  which resulted  in  Palestinian  rejection  of  internationally  backed  offers  of statehood.   In   the   Middle   East,   nothing   is   as   permanent   as   the temporary. 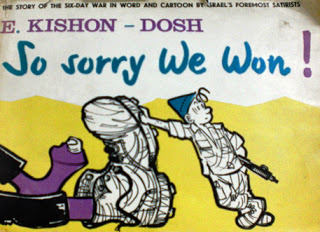 Over the past 53 years, Jews have returned to Judea and Samaria, territories from which they had been, to a man [and a woman! – D.A.], ethnically cleansed by the Jordanians in 1949. Today, more than 400,000 Israelis live in West Bank  settlements,  still  governed  by  an  odd  patchwork  of  military regulations. As a result, property is governed by obscure Ottoman land law. Permitting for infrastructure projects is difficult and burdensome. Most Israeli environmental regulations don’t apply. After five decades of Palestinian rejectionism, it is hard to argue that the legal regulation of these communities must remain in limbo until a far-off peace deal is signed.This doesn’t mean giving upon  the  possibility  of  a  diplomatic settlement.

Past   peace   efforts   have   been   based   on   the   morally repugnant and impractical assumption that the creation of a Palestinian state  must be preceded by the expulsion of all Jews  from its territory. The  acceptance of  an  ethnic  pre-cleansing  was  one  of  the  reasons  the U.S.  had  previously  opposed  the  application  of  Israeli  civil  law:  to make  life  harder  and  more  uncertain  for  Jewish  settlers  and  thereby encourage  them  to  leave.

President  Trump’s  peace  vision  rightly rejects this illiberal notion, which hasn’t been the basis of realized or proposed peace deals anywhere else in the world, from East Timor to Northern Cyprus.The  application  of  Israeli  law  wouldn’t  affect  the  treatment  of Palestinians. In the West Bank, they would continue to be governed by the Palestinian Authority. Israel’s Knesset wouldn’t rule over them. The  Palestinian  Authority  would  also  still  have  a  chance  to  make peace. While all evidence suggests the authority isn’t fundamentally serious about statehood, U.S. recognition of Israeli sovereignty in parts of  the  West  Bank  may  help  bring  it  to  the  table.  It  would  show Palestinian leaders that turning down negotiations weakens their hand.Some  Middle  East  experts  say  the  Israeli  move  could  lead  to violence, European sanctions or a reversal  of Israel’s  warming ties with Arab states.

But the same predictions of doom were made before Mr. Trump’s recognition of Jerusalem and the Golan Heights, and they proved  entirely  hollow.  Critics  must  explain  why  this  one  should  be any different.Others say Israel should desist because its actions would provoke a possible Biden administration. This is heads-I-win-tails-you-lose logic: Israel  must  accept  Democratic  policies  when  Democrats  are  in  office and   also   when   they aren’t.     President Obama,    by    contrast, had   no   problem   allowing   the United  Nations  Security  Council to  pass  an  anti-Israel  resolution even  after  President-elect  Trump asked him to veto it.U.S.   recognition   of   Israeli sovereignty  in  parts  of  the  West Bank  comes  along  with  upfront  Israeli  commitments.  Israel  has agreed to a temporary building freeze in areas of the West Bank that are  under  Israel’s  jurisdiction  but  where  Israeli  law  isn’t  being extended.

This goes beyond what the Trump administration’s Vision for Peace requires. Israel also knows that a future U.S. administration could   repudiate   support   for   Israeli   sovereignty   and   recognize   a Palestinian state anyway.Israel’s friends are right to take such concerns seriously:

The plan isn’t without risks for Israel.  But  these  can  be  addressed  through  a formal memorandum of understanding that would commit the U.S. to recognizing Israeli sovereignty and not recognizing a Palestinian state until  the  detailed  Palestinian  prerequisites  in  the  Vision  for  Peace have   been  met  to  America’s  and  Israel’s  satisfaction.  Such  an agreement  between  the  U.S.  and  Israel  could  be  written  to  limit backsliding by the next U.S. administration.The application of Israeli civil law to Jewish settlements isn’t an annexation  or  an  imposition  on  Palestinians.  It  is  a  long  overdue recognition  of  Israel’s  legal  and  moral  rights,  a  step  that  can  no longer be deferred by the Palestinian refusal to make peace’.

A summary of points made by the distinguished Israeli Arab journalist Khaled Abu Toameh in a must-read article here:


‘It is dead wrong to assume that if Israel abandons its plan, most Muslims would give up their desire to destroy Israel and replace it with an extremist Iran-style Islamic state.

[Islamic officials] are now calling on Palestinians to launch terror attacks against Israel, not because of the “annexation” plan, but in order to drive the Jews out of the “Palestinian Arab Islamic lands.”

Those who are pressuring Israel not to proceed with the “annexation” plan need to hear what Islamic leaders are saying, day and night: that the conflict is not about Jewish settlements or the Jordan Valley, but the “big settlement” called Israel.’

From a host of of international law academics (see signatories at source), an open letter to the Israeli government opposing “annexation”:


“…. Such an action would constitute a flagrant violation of bedrock rules of international law, and would also pose a serious threat to international stability in a volatile region.

The norm prohibiting unilateral annexation of territory acquired by force has come to be universally recognized as a basic rule of international law. All international courts (including the International Court of Justice) and all international institutions (including the UN General Assembly and Security Council) who have considered this matter, as well as the overwhelming majority of international jurists, affirm this rule unequivocally. This prohibition applies equally to territories belonging to other states, as well as to non-self-governing territories in which peoples are entitled to determine their political fate in accordance with the right to self-determination. Furthermore, this prohibition applies to all territories occupied by force, even if it is claimed that force was initially used in an act of self-defense.

The West Bank was taken by force in 1967. It has been consistently recognized by the UN General Assembly, the UN Security Council, and the International Court of Justice as an occupied territory, in which the Palestinian people is entitled to fulfill its right to self-determination. This remains so even if bilateral negotiations could determine the details of security arrangements and final borders. Furthermore, the Israeli government as well as the Israeli Supreme Court have for decades applied the law of belligerent occupation to the West Bank. This is demonstrated in dozens of decisions by the Supreme Court of Israel, as well as in Israel’s positions before international treaty bodies, where it argues that the West Bank is not under Israeli jurisdiction for the purpose of application of human rights treaties.

It follows that unilateral annexation of any part of this territory would violate the fundamental norm prohibiting annexation as well as the right to self-determination. As such, it would be null and void, entail consequences of international wrongfulness, and – under certain circumstances –  lead to individual international criminal liability. In this context, it matters not whether such actions would be effected through “extension of sovereignty,” “extension of law, jurisdiction, and administration,” or explicit annexation. De facto annexation entails the same legal consequences as de jure annexation. Additionally, in no case can such an act lawfully bring about or justify discriminatory results, inter alia in relation to citizenship or property rights….”

It seems more signatories are being canvassed.