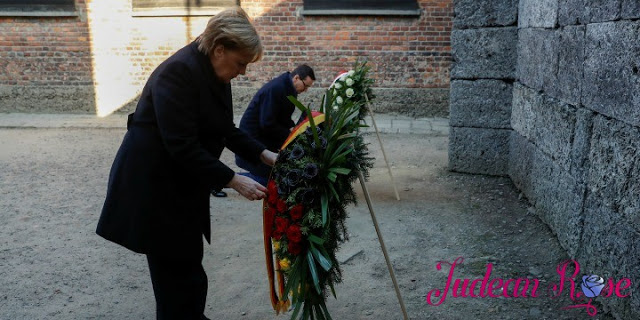 Angela Merkel visited Auschwitz, said she was ashamed, and pledged 60 million euros to the site’s museum. In theory, this should have been gratifying, a tangible expression of German national atonement for the Holocaust. It comes close, in fact, to the teshuva, tefilla, and tzedaka* prerequisites of Jewish atonement, if you substitute a pilgrimage for the prayer. There was, after all, a public admission of shame, and a large donation, to boot.
But for me, and perhaps others like me, the entire exercise fell flat.
For one thing, it seemed like throwing money at the dead. The dead can’t use the money. It can’t help them and does nothing for them. The money doesn’t really do anything for the survivors or the Jewish people, either.
For another thing, the symbolic number seemed, in particular, a tone-deaf effort. Like, “We killed 6 million of you, but we gave ten times that much to charity, so that’s all right then.”
Mostly, though, I just had this image of Germans throwing lots and lots of euros at a mass grave, the wind blowing the paper bills thither and yon. Uselessly. Like a danse macabre of money in lieu of actual people. 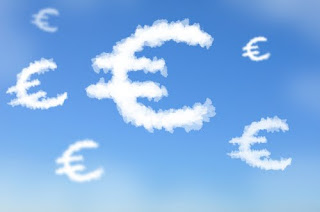 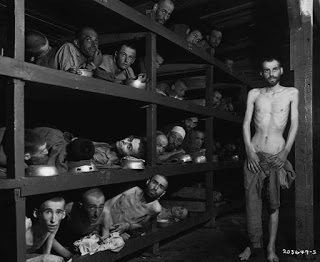 Which brings us to another reason to look askance at the visit and donation. Would it not have been better for Merkel to donate the money to Israel; perhaps to alleviate the condition of those Israelis who suffer from nutritional insecurity and hunger?

We all know the photos of the skeletal inmates of Auschwitz. A donation to feed and sustain hungry Jews in Israel would seem to be a closer counterbalance to the images branded on our collective mind’s eye, forever.

No. Nothing can repair that: what happened, what they did. But building Jews (and not museums) is certainly the opposite of murdering them.
And since we are speaking of how German money might properly be spent, we come to the final reason that Merkel’s PR journey to Auschwitz is so galling. That would be the millions of euros the German federal government gives to the Boycott, Divestment, and Sanctions Movement (BDS); to anti-Israel organizations like Miftah (the sponsor of the Ilhan Omar and Rashida Tlaib anti-Israel tour that wasn’t) and Adalah; and affiliates of outright terror organizations like the PFLP, which is dedicated to murdering the Jews. So here’s the thing: we may know that Merkel pledged 60 million euros toward the museum at Auschwitz, but we actually have no clue whatsoever how many millions of euros Germany gives to organizations dedicated to today’s version of the Final Solution. We don’t know how many millions of euros Germany currently invests in killing the Jews, because German federal funding frameworks, according to NGO Monitor, are severely lacking in transparency.
Perhaps this is by design. Because maybe there are things they don’t want us to know. Sure, the Germans were meticulous record keepers during the war. They told us exactly what they did to the Jews, when they did it, and how they did it. Now, they know better. Now, they don’t want us to know how much money they still, today, invest in killing the Jews. They don’t want us to know how much money they throw at the Arabs–showers of money, rivers of money–to rob the Jews of their land.
It’s different today, in the shadow of history. They’d rather not tell us how much they spend to bankrupt Israelis and force them out of business. The Jews of Israel, they hope, will be so poor that they will no longer be able to buy food. Once this happens, starvation will set in, and force the Jews to leave Israel, abandoning it to the Arabs. Germany spends millions of euros on this. Millions. How many millions only Merkel and God know. Because today the German government would rather cover its tracks than have us discover how much money it still gives today to terrorists who murder Jews with missiles instead of with Zyklon B.
Germany does, on the other hand, want us to know that it will give 60 million euros to build a museum in Europe, where Germans once killed or starved the Jews on their own, instead of paying several proxy organizations to do it in their stead.
There is nothing wrong with a museum, nothing wrong with Holocaust education–we need to learn the lessons of the past. There is, however, everything wrong with funding Holocaust education with the one hand, while paying out millions to PFLP affiliates with the other. This is the Germany of today. A Germany where the federal government continues to fund the Final Solution, and does so from the same flowing money font that will fund a museum in Auschwitz.

Knowing all this, what can we understand about German atonement for the Holocaust?