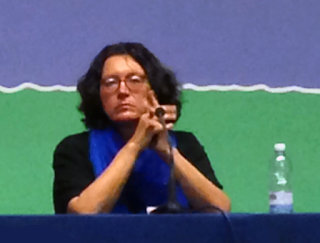 I’ve been looking for any arguments to maintain UNRWA the way it is – where Palestinians alone are automatically considered “refugees” even if they are the great-grandchildren of people who fled a war, even if they are citizens of another state, even if they live in the land they are supposedly refugees from – none of which apply to any other group of people.

Amira Hass in Haaretz attempts to answer why Palestinians are different:

Other refugees had and have states that, in principle, they can or will be able to return to once the crisis that created their problem ends (like Rwandan and Syrian refugees), or alternatively, can move to (like ethnic Germans expelled from Eastern Europe or ethnic Greeks expelled from Turkey). But the Palestinian refugees lost their homeland. They aren’t allowed to return to the state – Israel – established on its ruins and have no state of their own.

In fact, many of the Arabs of Palestine voluntarily fled from their homes to the places they came from – Lebanon, Syria and Egypt  – and to other areas like Jordan specifically because they felt that they were Arabs first and would be taken care of by their Arab brethren. No one, including themselves, called them “Palestinian.”

Beyond that, Hass is saying that even the Palestinians who live in the territories must be allowed to move to Israel, even though they are within the borders of Palestine.  And the “State of Palestine,” recognize by the UN, cannot be a place for Palestinians to move – only Israel.

Moreover, most worldwide refugees get settled elsewhere. The idea that Palestinians must be different because they insist on only moving into Israel is absurd – real refugees don’t get to choose to return if circumstances preclude that.

Furthermore, Hass doesn’t address the question of why Jordanian Palestinians, most of whom have citizenship, should have any claim on “return.”

Finally, Hass is pretending that her bogus reasons for treating Palestinians differently from real refugees are the reasons UNRWA was set up to begin with. But UNRWA pre-dates the UNHCR by about a year, before the word “refugee” was officially defined. Their being treated as special is a result of that accident of history and the political insistence of Arab countries not to naturalize Palestinians (in the name of “human rights”) that UNRWA exists today, not because of some high-minded decision by the international community that Palestinians are uniquely oppressed, as Hass implies.

Indeed, the only reason that descendants of Palestinian Arabs (not Palestinian Jews, also covered under the mandate that created UNRWA) who fled in 1948 are considered refugees is because UNRWA decided on a “working definition” of refugee for the purposes of its services and to perpetuate itself; it was not a decision ever ratified by the UN.

Keep the lies defending UNRWA coming. The debate itself is what will finally force the world to realize that it has been spending billions that could and should be better spent elsewhere.