Must-read by author of the Lions’ Den Susie Linfield in Fathom magazine about the politics of Albert Memmi, one of the rare intellectuals on the left to see Zionism as a liberation movement. This owed much to his experience as a Tunisian Jew, the ‘colonised of the colonised’, and his disappointment with decolonisation in the Arab world, which ‘preferred to do without its Jews’. Read the whole thing: Memmi’s insights are worth it.

The social and political position of Tunisian Jews was complex. “We were not even citizens,” Memmi recalled. “But, after all, very few people were.” Physically and culturally, poor Jews were close to their Muslim neighbors. But Jewish Tunisians were a tiny minority, and in many ways a powerless one. “Even the most underprivileged” Arab, Memmi wrote, “feels in a position to despise and insult the Jew.”

With shame, Memmi remembered “the extraordinarily fearful timidity of our community in Tunis. We were taught to be nice to everyone—the French who were in power, the Arabs who were in the majority”; with no citizenship or real political power of their own, Jews were “emasculated, castrated.” Almost inevitably, the Jewish community looked to the French for protection—though not always successfully, as they would discover at great cost during the Vichy period. Tunisian Jews were colonisers and colonised, advantaged and disadvataged. Memmi described himself as “a sort of half-breed of colonization, understanding everyone because I belonged completely to no one.” Memmi was a preteen Zionist at a time when the movement seemed at best a utopian adventure and at worst a dangerous fantasy. His education in Zionist youth organizations included “tossing grenades” and learning “the doctrines and precepts of revolutionary action. . . .

On Sundays, we would set out for the country, pretending to be Israeli pioneers. We didn’t even forget to imitate the internal bickering of the distant, young national movement.” His adolescence corresponded to a particularly hopeful time in world politics, and he remembered the year 1936 with special affection: “The entire world seemed to invite me to a marvelous wedding celebration.” Though fascism was on the rise, the Popular Front had won the French elections, and in Tunisia there were “joyous open-air meetings” in which “we rubbed elbows with Arab peddlars, Sicilian bricklayers and French railroad workers, one and all dazzled by these new feelings of broth- erhood. In Spain, however, the war was beginning, never to end. Yet . . . we cried out joyously: ‘No pasarán!’ ” It was a perilous moment, but a conﬁdent one. That “they shall not pass” was a certainty.

Memmi became an ardent Francophile, in love with French culture and republican principles. “After all, it was they who had invented the remedies after the ills: equality after domination, socialism after exploitation.” Zionism ceased to matter: “I thought no more about Palestine. . . . ‘The Jewish problem’ had been diluted with the honey of that universal embrace.” Memmi’s anti-nationalism was part of a more general rejection of all presumably bourgeois attitudes and institutions, common to young leftists of his time (and ours). Already, he could detect the death “of religions, families and nations. We had nothing but anger, scorn and irony for the die-hards of history who clung to those residues.”14 Energetic hope and energetic contempt braided together.

In 1939, Memmi graduated from his French lycée in Tunis, winning the country’s top philosophy prize. He enrolled at the University of Algiers, but his time there was brief. With the outbreak of war, he was expelled from Algeria and sent back to Tunisia, which was then occupied by the Nazis and the Vichy French. Memmi was sent to a forced labor camp for Jews, from which he escaped; some of his fellow prisoners were deported to the death camps. After the war he ﬁnished his degree in Algiers, then moved to Paris for further study in philosophy at the Sorbonne. But here, too, as a Jew and North African, he found that he belonged to “them,” not “us.” 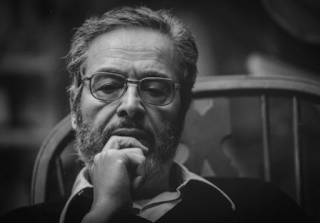 As with Deutscher, the war and the genocide dented Memmi’s faith in Western humanism. “The Europe we admired, respected and loved assumed strange faces: even France, democratic and fraternal, borrowed the face of Vichy.” And dented his faith, too, in a universal brotherhood into which Jews would be seamlessly integrated: “I had learned the harsh lesson that my destiny [as a Jew] did not necessarily coincide with the destiny of Europe.”

But his basic convictions remained. Surely a new world, a world of dignity for all, would emerge from the ashes. In 1949, the Tunisian independence movement drew him back home.

Tunisia was home, and Memmi viewed the ﬁght for its independence as his own. “How could I, who applauded so wildly the struggle for freedom of other peoples, have refused to help the Tunisians in whose midst I had lived since birth and who, in so many ways, were my own people? . . . Thus, having ceased to be a universalist, I gradually became . . . a Tunisian nationalist.

Memmi was a founding editor of the promi- nent pro-independence magazine Jeune Afrique, whose cultural pages he edited for several years. He wrote that he fought for Arab independence “with my pen, and sometimes physically.”

Alas, Memmi’s love for Tunisia was unrequited. The new state established Islam as the ofﬁcial religion, Arabized the education system, and quickly made it known that, as Memmi put it, “it preferred to do without” its Jews.

Despite the Jews’ millennia-long presence in the country—“we were there before Christianity and long before Islam,” he protested—they were not viewed as genuine Tunisians.19 Following independence, a series of anti-Jewish decrees made it virtually impossible for poor Jews to make a living. Memmi’s hopes for a secular, multicultural republic of equal citizens were dashed. This rejection by his brothers felt deeply personal; it was not just a political wrong turn but an intimate, humiliating wound. An exodus of Tunisian Jews, most to Israel, some to France, ensued; an even larger group would leave after 1967.