Albert Memmi, who has turned  96, is a French-Jewish author of non-fiction and novels born in the Tunis Hara. At first a proponent of Tunisian independence, in his later years, he concluded that not every evil can be blamed on the colonizer. The colonized, too, must take responsibility for his actions. David B Green writes in Haaretz (with thanks: Lily): 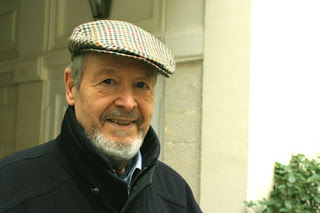 His non-fiction works have titles like “The Colonizer and the Colonized” (1957, with a preface by Jean-Paul Sartre), “Portrait of a Jew” (published in two parts, in 1962 and 1966), “Jews and Arabs” (1974) and “Racism” (1982). His unique identity – as Jew, as North African and as French intellectual — gives him a unique point of view, which includes all the inherent contradictions one might expect from those multiple allegiances.

With the dramatic changes that have taken place in the Arab and Muslim world, and in its relations with Europe and the West in recent years, Memmi moved to the right. Or at least, he began to place more blame for the dismal situation of the formerly colonized on them themselves, rather than attributing all of their problems to the imperial powers that once ruled them.

“The Colonizer and the Colonized” made the argument that the institution of colonization does harm to both the perpetrator and the victim, and that its overthrow is necessary and inevitable. But Memmi’s 2006 follow-up work, “Decolonization and the Decolonized” laments all the things that didn’t happen, or that went wrong, when the colonial age came to its end.

The newly independent former colonies must take responsibility for the dire state that many of them are in, he wrote – and as an avowed secularist, he is convinced that religion is not the answer to their problems.