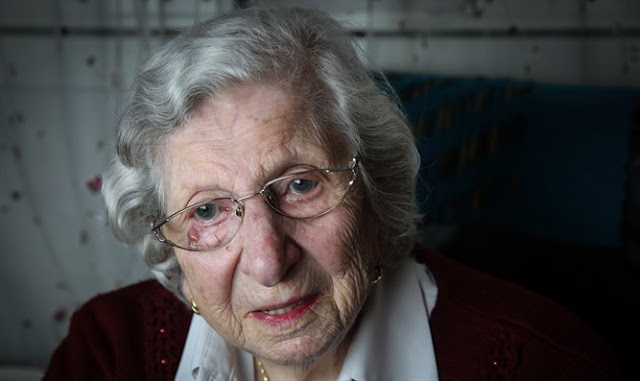 Commenter Larry K. wrote an obituary foe EoZ on a remarkable woman who passed away this week at the age of 100, Shula Kishak-Cohen.

Shula Kishak-Cohen, a most extraordinary Israeli spy, passed away quietly this past Sunday in Jerusalem.  Her gripping 1980 biography “Shula: Code Name The Pearl”, tells the story of a young girl who was married off in an arranged marriage at age 16 to Lebanese wholesale trader Joseph Kishak-Cohen with whom she had 7 children. Her career as spy did not begin until 11 years later in 1947, already pregnant with her 6th child,  when she overheard some chatter about military placements in Lebanon which she passed to to her family.  This led her to be contacted by the Mossad who asked for her help smuggle a Jew named “Winkler” from Beirut via boat to Israel, which lead to more assignments, mostly smuggling Syrian Jews through Beirut to Israel through her growing network of contacts, sometimes squirreling away up to 500 refugees at a time amongst the Jews of Beirut, providing them with illegal identity papers, procured through bribing officials.

Joseph, while not directly involved in Shula’s operations, often loaned her the money she needed for expenses, which was reimbursed later from Israel at the other end. Notably Shula herself did not accept payment for her activities.  Not only did Shula deal in refugees she also wound up dealing in information which led her into an uneasy alliance with several rather nefarious members of the Lebanese underground as well as Arab inter-intelligence rivalry. Amazingly, at one point one of her Syrian intelligence contacts arrives to abduct her to Syria – and she convinces him to allow her to escape by plane to Rome arguing that if she is tortured she will incriminate him as well.  A week later after visiting with her elder children who were by now living in Israel she returns to Beirut.

Eventually this balancing act caught up with her in August of 1961 when  Shula and several of her confederates, including Joseph were arrested by the Lebanese authorities..  Shula is convicted of espionage as well as attempting to overthrow the Lebanese state.  However in consideration of the fact that she was a mother of 7 children the sentence is commuted to 20 years  hard labour beginning 1963, then reduced to 7 years on appeal with Joseph being released.  In 1967 the State of  Israel managed to trade her for some Lebanese prisoners, but this was the end of her career as a spy.  The couple settled in Rehaviyah where Joseph became treasurer of the local community council and Shula became the manager of an antique shop down the road from the King David.

May her memory be a blessing.

I found this dramatization of her life from a Christian TV show called Against All Odds – Israel Survives. (The person being “interviewed” isn’t her, but an actress.) It looks like they took some liberties.