PA president Mahmoud Abbas has emphasized that he will not allow any Israeli or Western moves to limit the salaries he pays terrorists, whom he calls “martyrs and prisoners.”

Abbas said that if only penny remains in his budget, he will spend it on terrorists and their families. He said that he considers this issue a red line that he will not allow any change to. 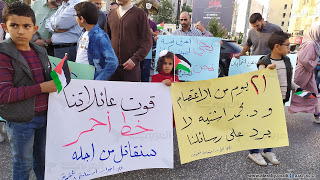 The funny thing is that Abbas has reduced the budget for paying terrorists as a result of Israeli pressure, he just doesn’t admit it. Members of Hamas have had their terror salaries cut a few months back and they even went on a hunger strike to protest that cut in November.

It seems that Abbas has no problem cutting Hamas out of his budget, even their “martyrs,” something we’ve known for quite a long time.

Nevertheless, the West’s “moderate” darling has made it abundantly clear that he supports “pay for slay.” He proudly tells his people that his number one priority is not a state, not independence, not jobs, not the economy, and not even Jerusalem.

Abbas’ top priority is rewarding terrorists who have killed and injured Jews.