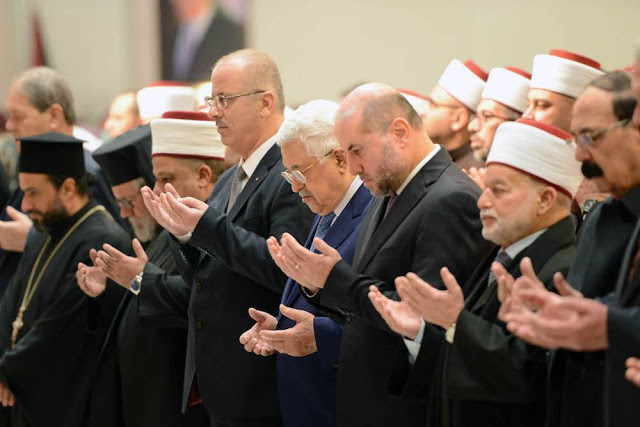 On Saturday Mahmoud Abbas hosted a celebration of Mohammed’s birthday at his presidential palace in Ramallah.

Abbas’ Presidential Advisor for Religious Affairs,  Mahmoud al -Habash, gave a a speech on Abbas’ behalf. In the speech, he said, “We are the heirs of the Pact of Umar, which the head of Palestine inherits today…through brotherhood among the Palestinian people, and through the work on the unity of our people.”

Habash added that “this anniversary as an opportunity to renew our covenant to our Holy Prophet, …you are the successor to [uphold] the pact of Umar and return Jerusalem under the banner of Palestine. “

Abbas was in the audience, applauding. 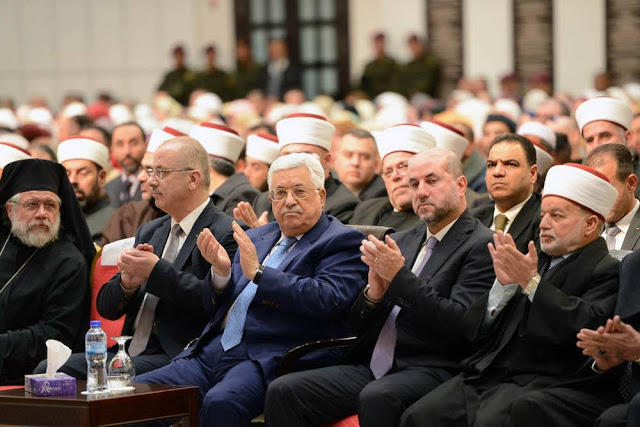 What is the Pact of Umar?

There are differing opinions as to its exact provisions, but it is the prototype of how to treat non-Muslims in an Islamic nation. The Pact itself may have been written specifically for non-Muslims in Jerusalem. According to Wikipedia, some of the rules include:

This is in exchange for being “protected.”

Abbas apparently approved and applauded a speech where he is regarded as the modern heir to the Pact of Umar where Jews and Christians are systematically discriminated against.

Ironically,  this blatant exhortation supporting Muslim supremacism and keeping non-Muslims as second-class citizens in “Palestine” was given on December 10 – Human Rights Day.